Care of the spine dates back to early history; both Hippocrates and Galen used and recommended manipulation as part of their treatment programs for healthy bodies in Greece and Rome, several hundred years before Christ.

Many books about spinal manipulations were written through the ages by noted scholars such as Avicenna in Iraq, the Frenchman Pare and a friar, Thomas who wrote the Complete Bone Setter.

It was one of these bone setters, Tietzen, who took these methods to the United States where they developed into the modern manipulative professions.

Recent developments include the use of DCs as fully part of the medical teams at both summer and winter Olympics and the World Games.

However it is in treatment of LBP where DCs really come to the fore, taking up about 60 percent of the average doctor's time.

There is much research conclusively proving that joints in motion are far less prone to so called immobilisation arthritis. New work recently published found that inclusion of chiropractic to the treatment of hip arthritis brought significantly better results compared to a control group. 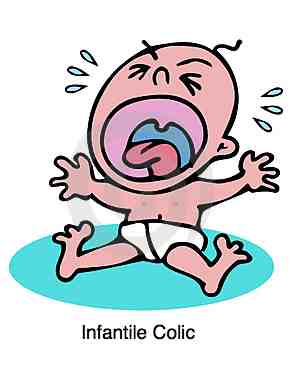 The treatment of pregnant women, babies and children has become a large part of mainstream chiropractic. In fact, some chiropractors deliver babies, though that is certainly exceptional.

Pubic bone pain is a common complaint in our clinics, usually readily treatable, and this upper leg pain during pregnancy casefile reveals the possible neurological basis of pain in the groin. Of course the evergreen Kegel exercises are a must for every woman, and interestingly improve a man's sexual performance.


The lower back and associated conditions takes up 60 percent of the average chiropractor's day. Did you know there is strong research proving you are less likely to end up in spinal surgery if your first port of call is a DC, and not your medical doctor? It doesn't surprise me. Plus many insurances now support Chiropractic simply because it saves them money, and the poor victim gets back to work much sooner.

Lower back and leg pain is the Chiropractic specialty. You may find your DC tackle your back pocket wallet. Literally, not figuratively speaking. Lying prone on the table, we can see you cash and cards bulging, and pressing unequally on the right buttock, usually. Why is that so important?

Interestingly, Mayo clinic now condescendingly agrees that Chiropractic is good for low back pain, but not if you have tingling in feet and legs. That's a load of bunkum; not a day passes when I don't treat several patients, and often ten or fifteen, who have paresthesias in the lower limb.

It is possible that you have spinal stenosis, a narrowing of the canal; then it's important to discuss with your chiropractor what your expectations are. He is not going to cure that tingling and numbness; by that I mean fix it so that it goes away completely.

Surgery might, but it's a risky and expensive business; just the anaesthetic in the older person comes with very real problems.

So, it's your call. Can you live with greatly reduced tingling and numbness in your legs with a regularly monthly chiropractic adjustment, or do want it cured despite the risks. Only you can make that decision.

Every Chiropractor could each and every day write a slipped disc symptoms case file, including with leg pain, in fact probably ten cases! It's out bread and butter though every slipped disc is a challenge, as individual as your fingerprint, and needs to be carefully and thoroughly managed. SLIPPED DISC SYMPTOMS Case File ... one important factor to look out for are the red flags, or what I call ominous lumbar signs.

In interesting researched published in 2013 in the most respected medical spinal journal in the world, simply called "Spine" researchers in Switzerland foung huge descrpancies between patient and surgeon expectations after major spinal surgery.

Before consulting your chiropractor, or surgeon, for that matter, it's important to discuss fully your expectations. 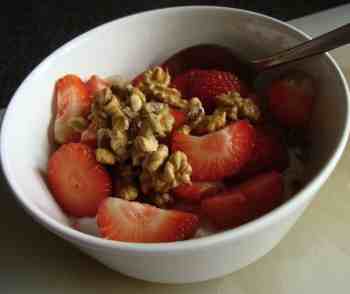 Two foods rate very strongly as SUPERFOODS when it comes to lowering the "bad" cholesterol in your blood. They are oats and the chickpea - you find some hints about them at our Healthy Breakfast Menu and Authentic HUMMUS recipe.

Another goody for both cholesterol and constipation is Helens 15 euro salad. A meal in one if you add for example a couple slices of smoked salmon, or a good dollop of Hummus. HELENS 15 EURO SALAD ...

If your blood cholesterol is above 200 (5.2) then would be wise to minimise these foods to avoid high cholesterol.

Because of many links to our two sister sites, Bernard-Preston.com and Chiropractic-books.com we have been accused of being a link farm, a dreaded connotation. It's irritating but to find links to the subjects in bold you have to copy and paste them into the site search function in the navigation bar on your left.

Neither my wife nor myself have taken any medicines of any sort in the last five years; and then only because of a misdiagnosis. It would be easy to give a regular chiropractic adjustment the credit, but the reality is we exercise regularly, cycle and walk, and eat only nutritious food. Well, there's chocolate and beer.

And it's a pleasure to say that I can enjoy a sweet pea just as easily and readily as fifty years ago; two important fruits are vital for the prostate gland.

Firstly, there's the tomato which, if enjoyed every day, either cooked or raw, reduces prostate and presumably other cancers by fifty percent; that's well researched.

And secondly, there's a compound called beta sitosterol that prevents swelling of the prostate; it's found most richly in the avocado.

Could anything be easier than eating tomatoes and avocados regularly?

Living in a subtropical climate, we have planted three avocado trees in our garden, not just for grandpa's prostate, but the whole family loves them. My son in law, of course, also needs to be eating them, and my grandson, the latter mainly for brain growth. They are also relatively high in oleic acid and omega 3; they are nerve food.

Seriously, Water for Kids is a must for every Mum, and every man shall eat a tomato every single day. Research suggests it's even better cooked, hence our delicious tomato soup recipe.

Don't read the apple diet page, because you'll certainly eat an apple every day for the rest of your life! Cheaper mind you than bowel cancer, emphysema, heart attack ... and a dozen other conditions now strongly proved to be prevented and helped by apples. Keep the Chiropractor away? Mm, that alas I doubt. 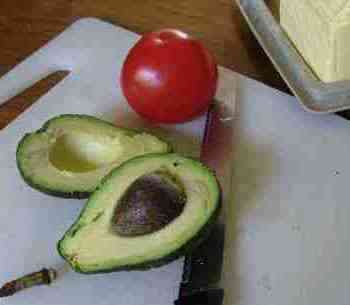 Fats have been much maligned as the cause of obesity; now it's known that the main cause of obesity is refined, high glycemic index carbohydrates like white rice and white bread; and sugary cakes and biscuits.

The obese have nothing to fear from avocado fat; sixty percent of the brain is fat, and nerves are mostly coated with a fatty myelin sheath. A high percentage of this essential nerve fat is called oleic acid; yes, the olive and avocado are amongst the richest sources.

Even butter is back and fatty fish like pilchards and snoek are highly recommended for all, and especially those wanting to lose weight oddly.