Anaesthetic alzheimers is a tragic development after successful surgery. Almost everyone knows someone who sadly developed what was presumed to be senile dementia, or the dreaded A, after an operation. Were they were about to develop the disease anyway? Specialists are now acknowledging that the very young and the elderly are particularly vulnerable.

Just recently a good friend and patient fell and broke his hip. The total replacement was relatively successful and he can walk fairly well, but the poor man has lost his marbles.

It is tragic seeing such a once vibrant man falling apart; worse, he knows it is happening and that he probably will not see out the year.

The mental deterioration has meant he cannot grasp the need to exercise his leg, and to eat properly. He is losing weight fast and starting to fall again. He refuses to use his walker most of the time.

The end is nigh, I fear.

No one is to blame for this sorry state of affairs; a general anaesthetic more frequently than we want to acknowledge causes Alzheimers, or premature senile dementia.

This page was last updated by Dr Barrie Lewis on 4th November, 2019. 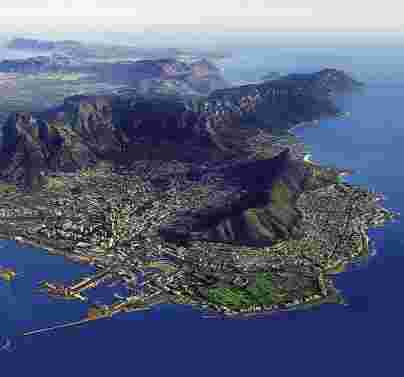 "If you do a perfect operation, and you have someone who comes out with say a perfect heart, it's just heart-wrenching if you have a neurological dysfunction."

The New England Journal of Medicine reports that "more than half of heart by-pass patients awake with cognitive dysfunction, ranging from a stroke to memory loss."

Anaesthetic Alzheimers is a medical disaster after surgery.

The risk of permanent harm to neonates and the elderly from anaesthetic drugs was a hot topic at the World Congress of Anaesthesiologists in Cape Town in 2008.

Anaesthetic Alzheimers is a distinct possibility at every operation.

The University of Cape Town's medical school, department of Anaesthesia, and co-chairman of the Congress Scientific Programme, said:

“Evidence is emerging on how anaesthetic drugs might alter the functions of the brain in the very young and older patients, and that this may be permanent."

“This shows the need for more precise, better-targeted anaesthetic drugs,” said James, who is also head of the SA Society of Anaesthesiologists.

As many as 10% of older patients run the risk of permanently losing brain function after undergoing an anaesthetic and surgery.

ANAESTHETIC ALZHEIMERS. It is for real.

Emeritus Professor Duncan Mitchell, of the University of the Witwatersrand’s Brain Function Research Group, said: “Every time you have an anaesthetic you lose neurons and since elderly people have fewer neurons, they lose proportionately more neurons.”

Typically, patients recuperate fully from the operation but sometimes their cognitive function is impaired permanently . THE OPERATION WAS A SUCCESS BUT SADLY THE PATIENT LOST HER/HIS MARBLES.

“Elderly patients who go in for a hip or knee operation, for example, may be able to walk afterwards but not remember where they are walking to.”

He believes this loss in brain functioning is induced by inflammation related to the surgery rather than the anaesthetic itself. The editor asks does it make a difference?

An anaesthetic and surgery on patients may be the catalyst that pushes vulnerable patients over the edge into short-term memory loss or, worse still, Alzheimer's disease.

Mrs L was a favourite patient. My wife's maths teacher at high school, they had the same name, she was always one of my favourites. Now long dead, I think I can say that Jean L was one of the tartars who would accept nothing but the best from her pupils, and the number of serious mathematicians who went on to prove themselves could certainly not be easily numbered. Hundreds, perhaps thousands of accountants, actuaries and engineers.

The good wife, Jean nee Lindsay, like her guru, is a maths teacher. To this day, the best pupil at Estcourt High School receives the JL trophy, in memory of two fine mathematicians.

But I could not help Mrs L's knees. She had guarded the goals for the Springbok hockey team in her prime, and her patellae had taken a beating. Eventually she had a double genu replacement, done simultaneously.

Mrs L was never the same. She lost her marbles. Exactly what happened no one will ever know, but a 65 year old genius, instantly became a pathetic, sad woman who could neither remember who she was, where she lived, or who her chiropractor or even who her husband were.

We remember you with great affection, Mrs L. One of the geniuses of your generation who gave so much to so many.

There is no treatment that is perfectly safe. That includes Chiropractic. Any honest chiropractor will tell you that he has had patients whose sciatica got worse, were very dizzy for a few days after the treatment, and about 1/ 2 000 000 patients will have a stroke after a cervical manipulation, making it about the safest treatment for anything on the planet but, still, it can happen.

But there is nothing that we chiropractors do that comes even remotely close to the dangers of anaesthetic Alzheimers; just compare the insurance premiums.

Many drugs, and especially the ANTICHOLINERGIC SIDE EFFECTS of a full half of all medications causing mental fuzziness and forgetfulness can tip one prematurely into old age senility.

It's different to anaesthetic Alzheimers, slowly progressive as against an abrupt change, but the end result is much the same.

Even if you are genetically programmed to get Alzheimer's disease due to the APOE gene on BOTH genes, by following the rules you can be assured of being in the 60% who do not get Alzheimers disease. ALZHEIMERS AND EXERCISE and certain dietary changes are vital.

At a recent Alzheimer's Association International convention more research was presented concerning the link between waking speed and steadiness on the one hand, and cognitive decline on the other.

The question remains: will a dedicated exercise programme aimed at increasing walking speed (by treating foot pain for example) and steadiness (by quadriceps strengthening exercise, say) have a positive affect on limiting cognitive decline? We think so.

By not addressing hip pain, knee arthritis symptoms, ankle joint pain in the older person, are we directly contributing to early cognitive decline? It seems likely...

A study published in the medical journal of the American Academy of Neurology found that older women who had a history of cerebrovascular disease had a greater risk of developing dementia if they took calcium supplements.

In fact, if they had already had a stroke, then there was a massive seven times increase as compared to women who did not take calcium supplements.

However, women who had no history of cerebrovascular disease were at no greater risk if they took calcium supplements. Chief researcher Dr Silke Kerne, MD was at pains to stress that calcium from our food appears to be safe and even protective[1].

In the last month I have been treating a 58-year old woman, moderately obese, diabetic, with right trochanteric hip pain of five years duration. Astonishingly, none of the doctors she had consulted had found the definitive loss of internal rotation, flexion and adduction of the hip, or ordered radiographs.

Instead such diagnoses as trochanteric burisitis were offered. What has this to do with anaesthetics and Alzheimer's disease?

One month into the programme she informs me that she can now walk two kilometres with some pain towards the end; flexion and internal rotation are dramatically improved with the standard Chiropractic protocol for treating arthritic hips. She no longer requires analgesics at night, and yesterday she informed me that she had cut her toenails for the first time in two years.

What is the point of this anecdote? Has the very significant improvement in her gait also contributed to limiting early cognitive decline?

Unfortunately, lower limb pain is a double wammy for the brain. It limits walking and independence, and the frequent surgery, in ten percent of cases, contributes in 10% to permanent neurological dysfunction, or anaesthetic Alzheimers.

Incidentally all diabetics should be enjoying cinnamon regularly in their cooking; it has proven and lasting benefits for insulin sensitivity. Find it in our site search above.

Brisk Walking Can Rebuild Your Brain

A study reported in the Journal of Gerontology followed a group of healthy, but sedentary 70-year olds who started a three hour per week of brisk walking programme:

After a half year, those in the walking group showed significant increases in brain volume, while those in the non-aerobic stretching and toning group did not. Those areas of the brain responsible for memory and information-processing that are especially prone to age related deterioration showed the greatest gains on MRI from aerobic exercise. It could even perhaps undo some of the effects of anaesthetic Alzheimers.