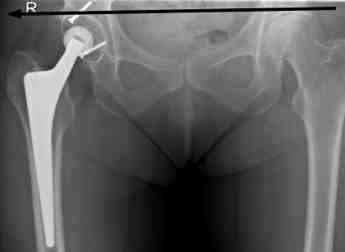 What does hip pain have in common with diabetes?  We look at the vitamin D link amongst other things.

Hip pain is a daily complaint at the chiropractic clinic. It might be in the groin, or on the side of the upper leg, or in the buttock.

It could be bone and joint related as in hip dysplasia, or arthritis, or perhaps neurogenic as in meralgia paresthetica, or a femoral nerve lesion. And of course it may be coming from the sacroiliac joint, or the spine.

Very occasionally it could be Paget's disease, or even a metatasis from a nasty prostate gland.

Several months back we mentioned in our newsletter, issue number 18, the importance of a walk in the sunshine to get your vitamin D levels up in order to prevent hip pain.

The problem though is that the further from the equator you live, the less skin there is exposed to that sunshine in the winter months; what's more those rays have precious little power for about four months of the year if you reside far from the great circle.

A vitamin D deficiency is linked not only to osteoporosis and broken bones, hip pain, but new research also links it to diabetes and metabolic syndrome.

Two new studies have uncovered evidence that low levels of vitamin D could lead to poor blood sugar control among diabetics and increase the risk of developing metabolic syndrome among seniors.

Metabolic syndrome is a grouping of four health risks factors.

With new research indicating that both type one and two diabetes have increased dramatically amongst the young in the last decade, there is extreme concern about future health trends.

Diabetes before entering into the reproductive phase has serious implications, and not only for musculo skeletal health.

Read more about this at our osteoporosis and diabetes link. Use the search function in the navigation bar.

These two new research studies are pertinent to our current interest in the hip pain and diabetes link.

A 2017 Cochrane review found, after investigating nine separate trials, that taking a vitamin D supplement reduced by a half the risk of a severe asthmatic attack requiring hospitalisation and steroid treatment.

Mackerel dishes should be regularly on the table for all of us, loaded with omega-3, antioxidant minerals, and vitamins including D.

Researchers reviewed over 100 type two diabetes patients who sought care at an endocrine outpatient facility. More than 90 percent of these patients, aged between 36 and 90 had either Vitamin D deficiency or insufficiency, despite the fact they had had consultations with their primary care practitioners before their consult with a specialist.

About 6 percent of the patients were taking a Vit D supplement at that specialist consult.

Those who had lower Vit D levels on blood tests were also more likely to have high average blood glucose readings.

This finding supports the role of vitamin D in the development of type two diabetes, said Dr Krug, in a statement from the endocrine society. Since primary care providers diagnose and treat most patients with type two diabetes, testing and vitamin D supplementation would improve the general health outcomes of this increasingly common disease.

A second study involving nearly 1300 white Dutch men and women over the age of 65 found almost half were Vit D deficient, while nearly 40 percent had metabolic syndrome.

Since metabolic syndrome increases the risk of diabetes, heart disease and stroke, sufficient vitamin D in the body may be part of the management of diabetes and preventing these diseases.

It is vital, added Eekhoff, to investigate the exact role that vitamin D plays in diabetes, and to find new ways to prevent this increasingly prevalent disease and the cardiovascular illnesses associated with it.

The heart foundation recommends eating fatty fish at least twice a week. The omega 3 helps keep your cholesterol levels in order, and Vitamin D is vital for a host of factors; not only for metabolic syndrome, but also in osteoporosis and the inevitable ensuing fracture and severe hip pain and disability.

The influence of fatty fish goes far beyond heart and diabetic considerations, of course. The possibility of fish oil to prevent a vitamin D deficiency is not new.

Moreover, in these Covid-19 times, researchers have found that those with a vitamin D deficiency are twice as like to die if they become infected with the virus.

A walk in the sun increases vitamin D levels, and strengthens the bones, doubly decreasing the risk of osteoporosis. It's the loss of independence more than the pain and cost of a pin or total hip replacement that so disrupts the lives of patients with OP.

Save yourself from hip pain, diabetes and heart disease with sunshine and fatty fish. That could be a soup or, perhaps just a simple smoked salmon dip recipe.

On a personal note I enjoy smoked mackerel, or rollmops herring, and less commonly salmon several times a week. They are all rich in both omega 3 and vitamin D, and have a high quality protein. These pilchard fish cakes are very easy to bake.

This best calcium for osteoporosis is worth a read for each and every woman, young and old; it is a silent disease and often by diagnosis it is too late to do anything.

There is no perfect bed, but do consider Memory Foam Mattresses ... 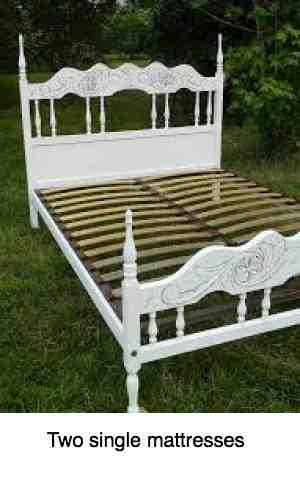 It is goes without saying that the right mattress is vital if you are suffering from hip pain; or even if you have a perfect back. Skimp on your bed and you will simply spend the money on chiropractor help, or worse a surgeon.

I recommend the Dutch option; two mattresses on one double bed; it is one good way to prevent upper leg, thigh and groin pain.

If you are suffering from significant side of the hip pain, sometimes laying a series of pillows across the bed, with your hip squarely placed on the pillow may give some relief at night.

This can be caused by a hip condition, per se, or a referral from a sacroiliac subluxation, or a femoral nerve lesion in the upper lumbar spine.

Chiropractic helps by reducing these subluxations, followed by a vigorous rehabilitation programme of the offending joints.

Just yesterday an interesting anecdote from the trenches; an elderly lady was suffering from severe side of the hip pain. Unable to sleep she was miserable.

Two hip replacements appeared in order, but the right sacroiliac joint was fixated like it had been dipped in concrete. Within ten minutes, using the Thompson drop protocol, she was a new woman. I have no doubt that next week when she consults me again for follow up, that it will be less than optimal but improved. Rome was not built in a day, nor is stubborn pain resolved in a week.

Here are some simple ways to increase the fatty fish in your diet.

My favourite, simply because of ease, is smoked mackerel and canned pilchards or sardines that have not had the fat extracted. Sometimes, in the mistaken belief that we should drastically reduce the fat in our diet, in order to lose weight, we might buy fish served in brine.

That oil is then processed into omega 3 capsules at ten times the price; eat full fat fish.

It is not the solution to obesity. Cutting out the essential fatty acids that coat our nerves, fill our brains and supply the neurotransmitters and hormones in our bodies makes absolutely no sense. Eat your fatty fish, and learn about the role of the glycemic index of carbohydrates in order to lose weight; it is processed carbohydrate in the main that makes us obese.

Fish soup is one very quick and easy way to provide variety to the fatty fish in your diet. A good fish soup is to die for. Try this recipe that I managed to squeeze out of a small Portuguese restaurant in Leeuwaarden in Holland.

Do not rely on the sunshine for all your vitamin D, remembering that excessive exposure to the sun causes potentially serious skin diseases. Always wear a hat in the summer months, but in those midwinter months, far from the equator, you might give the covering a miss if you have healthy skin.

Melanoma will do something far worse than hip pain for you.

Alcohol causes one in twenty deaths according to the World Health Organisation. A third of those deaths are caused by the connection between booze and cardiovascular disease and diabetes.

Excessive alcohol intake inhibits calcium absorption and because it affects the liver, the activation of vitamin D is reduced. Although it does not cause an insulin rush, alcohol does have a negative impact on the pancreas.

No question of it, alcohol in excess plays a very important role in brittle bone disease. Add to that more falls on the buttocks whilst inebriated, subluxating the sacroiliac joint and causing fractures in the pelvis, and you have a strong association between alcohol and hip disease.

Coupled with a poor diet, deficient in green leafy vegetables, fruit, and whole grains - a vitamin B deficiency - and you have a catastrophe.

Having said that, in four out of the five Blue Zones where people regularly live to vital old age, they drink wine daily, but in moderation; no more than two glasses.

There is an absolute epidemic of hip pain and joint replacement; it is a complex subject but leg length, impingement syndromes and dysplasia are large parts of the cause; and there is plenty to be done provided it is caught early. If you are getting upper leg, thigh and groin pain then you ignore it at your peril. Simply ask your chiropractor to examine you.

A fairly common abnormality is one of the major causes of hip pain and arthritis. Because it reduces the flow of nutrients and oxygen to the cartilage lining the hip this stiffness is the main cause of cartilage degeneration until there is bone on bone.

I am convinced that if young people with this stiff hip condition were to exercise them daily, we would have far less surgical procedures later in life. Femoro Acetabular Impingement Syndrome is a silent disease, like diabetes, in its early stages; it is rarely detected until full blown.

I have recently examined an active elderly lady with very severe hip pain. A crack in the neck of the femur is unusual in the absence of trauma, but that was certainly one of the considerations in the differential diagnosis.

What raised my suspicions was twenty year earlier she had become a vegetarian. Google the sources of vitamin D and the list is fatty fish, fortified foods, beef liver, cheese, egg yolks.

Vegans in particular, but also vegetarians need to be very concerned about the levels of vitamin D in their bodies; without an adequate supply from sunshine, osteoporosis is inevitable.

An x-ray revealed a crack in the hip; it was about to fracture. Do we fall and fracture the femur, or does the does crack, break and then we tumble to the ground? Both happen.

Brought up in a vegan family, one learns the dos and don'ts from childhood; simply stopping all animal products later in life is a grave danger unless carefully and thoughtfully done.