Loss of muscle bulk and power is not uncommon and is associated with a number of negative health outcomes in old age, but little research has been done which examines if there is any association between muscle strength and risk of Alzheimer's disease or mild cognitive impairment.

The objective of the study was to test the hypothesis that muscle strength is associated, positively or negatively, with mental loss.

More than 900 older persons, without dementia at the start of the research study, had the strength of nine muscle groups measured.

Over the next four years, 138 per 900 persons developed severe mental depreciation. What was interesting was those who increased their muscle strength with exercise, had a 43 percent decreased risk of developing Alzheimer's disease. 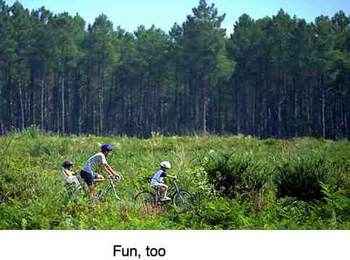 RESEARCH: Is there a connection between walking and cognitive decline?

It was clear that increased muscle strength was associated with a decreased risk of mild cognitive impairment, the precursor to Alzheimer's disease.


These findings suggest a link between muscle strength, exercise, and mental decline in older persons.

The moral of the story is that if you want to save your brain, and granny's too, get the bikes and your hiking boots out or suffer. Not only Alzheimers and exercise, but think too about the causes of osteoporosis, arthritis and the relationship between a heap of other exercise and cholesterol related diseases.

There is also a proven link between raised cholesterol and Alzheimer's, just as there is with exercise. The eggplant, or aubergine as it is known in Europe, has been proved to lower bad fatty fraction, hence our eggplant recipes page. Of course by applying exercise and lowering atheromatous deposits in your arteries you are indirectly helping your brain too. It's nice to do anyway; strengthen your back, good for your heart and prevent brittle bone disease.

In a landmark study, reported in the journal of neurology 2007 researchers followed 8000 non demented 65 year olds for the next four years. Their conclusions are sobering:

In short if you are a carrier, fish and omega 3 fish oil might not help, or help only marginally; but increasing your omega-6 will worsen your chances.
If you are a non carrier, omega 3 rich fish certainly helps prevents Alzheimers. Even in non-carriers, too much omega 6 seed oil  puts you at higher risk of Alzheimers, unless you also take extra omega 3.

Use less seed oils, rather use olive oil, since you almost certainly don't know whether you are a carrier or not; eat more fatty fish anyway and (controversial, my thoughts) use butter and olive and palm oil rather than seed oils for cooking (if your cholesterol levels are okay).

More important, 40 percent of those carrying APOE 4 on two genes showed significant cognitive decline compared to only 8 percent of the second two groups.

Here's a thought. We can't change our genetics. If you are a carrier of APOE 4 on both genes you are at risk, but 60 percent of this group did not show significant decline. How can we make sure we are in the 60 percent group, and not the 40 percent group who showed severe mental decline?

It is not set in concrete whether we will get alzheimers or not. Our behaviour, what we eat, whether we exercise both our bodies and brains, has a vital role to play in whether we will use our marbles.

In another study, published in the archives of neurology, 2010 researchers found that the APOE gene reduces blood flow to the brain, preceding the onset of dementia. In short, couch potatoes who are carrying APOE 4 on both genes are highly likely to end up in the 40 percent group. Those who exercise vigorously are far less likely to have loss of cerebral blood flow, and the consequent memory decline.

Furthermore, couch potatoes who are not carriers can also end up with Alzheimers, due to decreased blood flow to the cerebrum, but the chances are much lower.

Smoking is obviously a factor affecting blood flow, causing atheromas in the arteries leading to the brain, and within the brain.

Whilst your body may be a rest at night, your mind is a hive of activity, saving the relevant information of the day in its data bank. But those who sleep poorly have difficulty storing these facts in the normal way. The result is short term memory loss and ultimately the risk of Alzheimer's disease.

Good, deep, relaxing sleep if vital for each and every one of us. Those who have 6 or less hours a night will have short term memory loss; alcohol is often a problem causing us to wake after four or five hours of sleep and unable to fall asleep again.

Alzheimer's and exercise gives you a double benefit; better sleep and a lowered risk of dementia.

Tragically, during surgery a sudden drop in blood pressure may leave the brain gasping for oxygen. Anaesthetic Alzheimer's is a total new ball game. Sudden loss of blood flow to the skull has a devastating effect.

Why on a Chiropractic Help website? Well, in the first place, any and all surgery is a risky business purely because of the GA. Believe you me, the anaethestist told me she very nearly lost me after minor surgery, aged 38. You can read about it in Stones in my Clog my latest book of DC anecdotes.

Anaesthetic Alzheimers was literally staring me in the face, and my wife says it explains a lot of things!

Never go for spinal surgery until you've at least had an examination and opinion from a chiropractor, well, that's my opinion anyway. Chiropractic Help might just save you.

Failed back surgery means that a life without medication becomes a pipe dream; sometimes you have no other option.

We alluded above to the fact that the fruit we call an aubergine has been shown to lower cholesterol, and thus directly affect aging of the brain. Read more at eggplant recipes.

Consider too the importance of a phytochemical called betaine, yes found in beets, that supplies a vital enzyme to the methylation of toxic homocysteine, a natural breakdown product of protein metabolism.

If the necessary B vitamins are not present, homocysteine levels rise and are a major cause of inflammation, not only in the brain, but the in blood vessels and organs.

In short chiropractic has at least in my opinion as much to do with getting you moving and enjoying nutritious foods as adjusting your joints. Then you have the benefits of Alzheimers and exercise and a better spine.

Do you for example enjoy dark green leafy vegetables on a daily basis? If not, that is the place to begin. There is strong research now confirming that the colon can be called the second brain; that fibre provides fuel for the teeming microbiota that dwells in our alimentary canals. They produce a host of very important neurotransmitters.

Regularly enjoying a probiotic like kefir or sauerkraut reestablishes the friendly bacteria after using an antibiotic.

Having no personal medical insurance is fine if you are following the rules of abundant living; even then of course the unexpected can and does happen but at least the risk is much lower. It is a vast subject, but may I just suggest taking some form of exercise daily, and trying to enjoy at least eight different coloured foods every day; the amount is not critical, and you certainly do not want to start suffering from health nut neurosis, but these are important.

Mainly, we think of cutting out of animal fats as a way of reducing blood cholesterol. Whilst that is, in part, true, including certain foods (like fish and oats) also will reduce it.

There is also a very strong relationship between exercise and arthritis as well as cholesterol.