Chiropractic research has validated what all DCs and their patients have long known. For biomechanical conditions unquestionably manipulation is potent and cost effective.

For 'medical' conditions such as constipation, shingles, high blood pressure, otitis media and infertility the available data is less convincing and, whilst plenty of anecdotal stories abound, the profession is still looking for hard-core research that Chiropractic is effective in many other domains.

Perhaps the single greatest mover of opinion and shaper of the medical horizon has not been research that proves chiropractic is effective for this or that. Those who WILL not see remain the blindest of them all. But powerful research that has and is convincing insurance companies that utilisation of Chiropractic saves them money, lots of it, is changing albeit slowly the horizons in the health arena.

For example, over an extended period of seven years in a safe and highly regulated environment, research has overwhelming convinced insurance companies that inclusion of Chiropractic yields a consistent decrease in cost and care utilization. Just the 60% decrease in hospital admissions alone is sufficient.

Adding grist to the mill is the fact that

• Chiropractic Primary Care Physicians over a 7-year period have managed 60% of their enrolled patients without requiring a referral[1].

A review of frozen shoulder treatments suggests that there is no scientific validation of any treatment that is effective and cost effective. Yet as chiropractors we know that treatment that addresses both the lower cervical (or first rib) fixations, the mid thoracic fixations, AND the rotator cuff muscles and the capsule is extremely effective. Who is going to be the first to prove it? Frozen shoulder is one of my favourite conditions in the practice.


Those who have not updated their knowledge since graduation and do not consult the literature for any reason. They rely on their own experience to guide their patient care.

Those who I call 'fair-weather research consumers': they often inappropriately trumpet positive results of mediocre quality research to serve their beliefs or interests, while turning a blind eye to higher level evidence just because they don't like the results.

Those who integrate current research, to the best of their ability, into their patient interactions while keeping in mind that the two other crucial pillars of evidence-based medicine (or what I like to refer to as evidence-informed practice) are patient preferences and clinical experience.

Those who forget that patient preference and clinical experience are also important, relying solely on stringent research findings to dictate their treatment approaches.

In a pilot study reported in JMPT 2010;33 forty patients with were randomised to receive either spinal adjustments or micro-discectomy.

In the short term, the surgical group responded better. However, after one year, there was little difference between those who were operated on and those who were randomised for chirorpractic care.

Whilst the scientific research paradigm has obviously contributed enormously to the chiropractic profession, one questions that science is the be all and end all of treatment protocols. MURKY SCIENCE ...

Every chiropractor knows that patients with sacralisations have to be adjusted differently. They often don't follow the normal rules of side-posture manipulation. More Research is needed - do they repond better to McManis traction, or activator, or Terminal Point? Is the lumbar roll contraindicated?

They are especially difficult when associated with other anomalies and pathology, for example a leg length inequality, or Femoro Acetabular Impingement Syndrome.

Subacute and Chronic LBP in those over 55

240 patients, 71% of whom had LBP for more than one year, and at least 4 weeks, with and without leg pain, were divided into three treatment groups:

All three groups received instruction in a home exercise program.

137 patients suffering from chronic LBP were randomized into two groups:

The authors conclude that a combination of manual treeatments and exercise produces better results that either of those treatments alone.

I recall having a good laugh with a colleague of a chiropractic research proposal topic concerning the contents of the navel each morning. It seems that researchers sometimes run out of relevant topics. Better RESEARCH PROPOSAL TOPICS

ATHEROSCLEROSIS and Low Back Pain 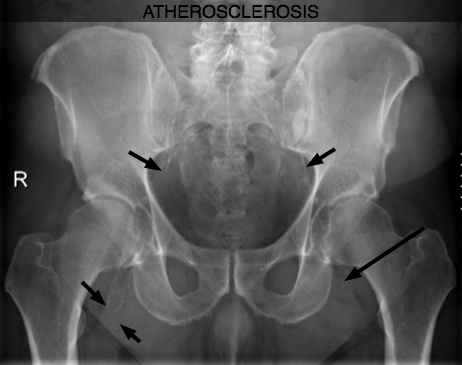 Both chiropractors and surgeons have long suspected that smoking is the greatest risk factor in the treatment of low back pain. New Finnish research now confirms those suspicions ... Atherosclerosis Symptoms and Low Back Pain ...

The RATIONALE for the CHIROPRACTIC ADJUSTMENT

Basic science is now giving a huge boost to justifying Chiropractic therapy. Hypomobile joints have been shown to increase bombardment of the cord, decrease inhibition of the cord, cause measurable degenerative changes within the joint within 12 hours ... Read more:

There appears to be a worrying trend towards non-chiropractors using Chiropractic terminology. Can a physiotherapist give a "Chiropractic Adjustment"? Read more about INAPPROPRIATE CHIROPRACTIC TERMINOLOGY...

One Chiropractor, the retired principal of a Chiropractic College I'll have you know, thinks that adjustment of the Pubic Symphysis may be a cure for Athlete's foot. He has no Chiropractic Research to confirm this. Read more from Anecdote of the Jar ...

More than one NSAID

New research reported in 2008 in the J. of Arthritis and Rheumatism confirms that patients who take more than one NSAIDs simultaneously are "putting themselves at risk for complications." Read more about the dangers of taking more than one NSAIDs … DUAL ANTIINFLAMMATORY DRUGS.

Over 50% of physicians surveyed by a group of ethicists responded that they would likely prescribe a placebo treatment that had been shown to be more effective than no treatment.

What roll does the placebo effect have in chiropractic, and to what extent do chiropractors use this effect? Is there any Chiropractic research confirming these benefits?


Rehab -vs- Medication for LBP

Research done in a Swiss clinic found that function centred rehabilitation was significantly more effective than medication in treating Low Back Pain.

However, in both programmes, around 50% of the patients were permanently disabled.

There remain many answered question in the field of Chiropractic. Doctors in the field are invited to contribute their suggestions and concerns to Chiropractic Research - what puzzles you, and what would you like researchers to investigate? Read more about College Research Topics …

Soft tissue injuries in Whiplash. A 10 year follow up study.

Convincing evidence confirming what chiropractors all know. Whiplash usually leaves its mark on the victims of whiplash. More from Chiropractic Research.

Read more about SOFT TISSUE INJURIES OF THE NECK …

There have been many studies involving thousands of patients proving conclusively that arthritis sufferers benefit from exercise, both improved function and less pain.

Whilst this may come as a surprise to medicine, many doctors still taking the line: "you have arthritis, learn to live with it, there's no known treatment that helps." That is not the evidence based health care that medicine purports to worship.

Codswollop. We chiropractors have known for more than a century, and Chiropractic research has proved for decades that movement within a joint improves function and decreases pain. Whilst most of the studies were done on the knee, the guiding principles apply to all joints.

Chiropractic research affirms scientifically much of our philosophy.