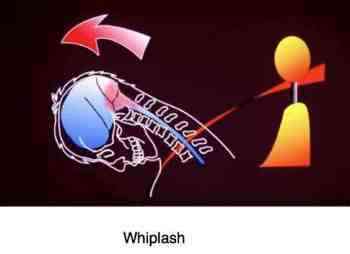 Whiplash confirms what we already know; pain and arthritis. A brainstem injury is not uncommon leading to many of the previously dismissed symptoms.

In the past it has indeed been a domain of controversy, but the scientifically proven facts now conclude that these disputes are largely manufactured, forwarded by those

The question as to whether neck pain and headache after an MVA are invented deceptively was the subject of a literature review published in probably the most authoritative medical journal, Spine.

Their conclusion was that reports that MVA injuries are feigned had no scientific foundation.

The validity of whiplash has been discussed and debated in journals for decades. Some writers have published articles suggesting that spinal damage from whiplash could only occur above certain speeds; others have indicated that the condition is purely psychological. Yet still others conclude that in many instances the injury is magnified in order to acquire unjust gain.

The researchers conclude that such reports are in not in accordance with the bulk of the published literature. They state that the consequences of whiplash are not at all uncommon and are experienced by a large proportion of those injured.

The researchers undertook a literature search for articles arguing against the validity of whiplash injuries, and then studied the methodology to determine if the researchers' conclusions were scientifically valid.

The authors of the current critique found that all of the articles contained significant methodologic flaws with regard to their respective authors' statements refuting the validity of the whiplash syndrome.

As a result of the current literature review, it was determined that there is no epidemiologic or scientific basis in the literature for the following statements. THESE STATEMENTS ARE FALSE: 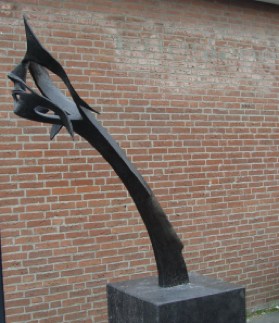 This poor bronze sculpture of the head and neck is in need of research whiplash. See how the normal curve, called the 'lordosis' has been reversed? You can see the bronze in a small Dutch village called Koudum. I'm sorry I didn't buy it, it displays in such a memorable way the neck and arm pain that is so frequently a feature of whiplash. 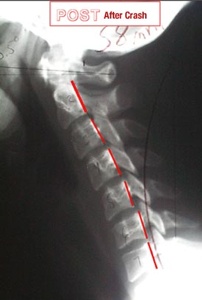 This, below, is the "normal" lordosis. Chalk and cheese, eh. 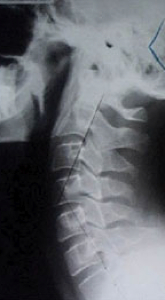 HOW COMMON IS FACET JOINT PAIN AFTER WHIPLASH ?

Objective: To determine the prevalence of cervical facet joint pain among patients with chronic neck pain and headache (more than 3 months' duration) after whiplash injury.

Methods: Two different local anaesthetics and a placebo injection of normal saline were administered in random order and under double-blindfolded conditions.

Conclusion: Cervical facet joint pain is common among patients with chronic neck pain after whiplash. The Symptoms of whiplash abound as anyone in practice will confirm. This research has survived challenge with placebo-controlled investigations and has proven to be of major clinical importance. 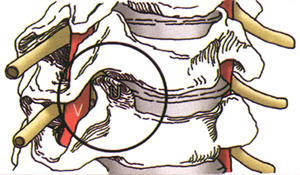 The so called uncinnate processes make up the joints of Luschka. In any whiplash, but particularly that from the side, the uncus is very prone to injury.

Because of their location immediately adjacent to the foramen where the nerve emerges,  and the vertebral artery passes, their predilection to become arthritic after a whiplash, means that untreated whiplash patients are often years later subject to severe pain in the arm.

Arm pain is a common complaint, years later; this is what whiplash research is trying to establish.

Moreover, low grade irritation of the nerve roots is frequently the underlying cause of the many arm pain syndromes that face the chiropractor on a daily basis.

Read more about CHIROPRACTIC HELP Whiplash and the Joints of Luschka ...

IS THERE A DIFFERENCE IN THE INJURY BETWEEN SURPRISED AND AWARE PEOPLE IN WHIPLASH?

They discovered that the resultant movement of the head was 2.6 times greater in victims surprised by an accident; moreover the acceleration of the cervical spine injury was increased by a factor of 1.8.

They also found that women with smaller muscles were affected worse. 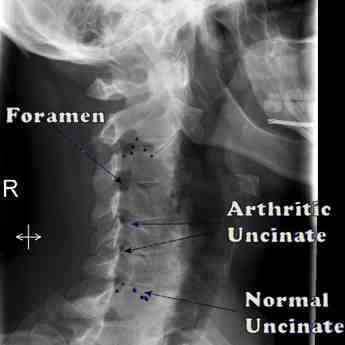 Whiplash Chiropractic is an every day event in our clinics. Whether it's a fresh injury, like the girl who fell from her galloping horse this week, or the woman with radiating pain down her arm from a whiplash thirty years ago that was poorly managed at the time, each and every whiplash should be carefully and thoroughly assessed.

Otherwise, this process continues remorsely, with us being unaware that serious, permanent, irreversible changes are occurring:

It happens as surely as night follows day.

A sobering whiplash researched fact is that, if you've had neck pain for six months, it will probably never go away completely, no matter what the treatment.

The moral of Whiplash Research is that you have six months after an injury to get it sorted out. What remains at the end of that period is probably with you for life.

Searching for something specific? Just type it in here:

Immobilisation arthritis is a common finding after MVAs, so yields whiplash research.

One of the most disturbing features of whiplash is that years later the spine becomes arthritic. The reason for this is that fixated and subluxated joints do not receive the proper nutrition that they are due. The imbibing of oxygen and nutrient rich synovial fluid is limited with consequential development of what physiologists now call immobilisation arthritis.

Chiropractors are inundated years after injury with patients suffering from the consequences of an old whiplash injury.

Complicating the issue is the hoards of lawyers trying to make a very fast buck; but whiplash research is uniquivocal. Motor accidents that forcibly give the spine acceleration deceleration injuries years later yield arthritic spines due to immobilisation arthritis.