Kneecap pain is often caused by roughness under the patella.

The patella is a common subject of complaint at the chiropractic coalface. The bone slides up and down in a groove in the femur as you walk; the underside is layered with the thickest hyaline cartilage in the body which acts as a sort of shock absorber.

Degenerative wear and tear, or traumatic shock, may cause a painful hole to develop in the cartilage; it used to be called chondromalacia patella but is now just known as PFPS.

It occurs often after a fall directly on the kneecap, on the street or in the garden, for example; in sportsmen and women, it's usually associated with a weak quadriceps muscle or an improperly formed groove in the femur.

PFPS is strongly associated with a magnesium deficiency causing chronic arthritis and a condition called chondrocalcinosis.

The good news is that patello femoral pain syndrome in all its forms responds well to chiropractic management; well, having said that, a recent congress on the subject suggests that satisfactory outcomes of all forms of care is only in 40 percent of cases.

Chondrocalcinosis, as the name suggests, is the deposit of calcium crystals in the cartilage of joints; along with poor tracking of the kneecap it is a not uncommon cause of kneecap pain.

Richette et al did a literature search on chondrocalcinosis and concluded:

It is not uncommon, affecting about 10 percent of people aged 60.

In those younger than 60 a metabolic disorder should be considered.

Chronic magnesium depletion from drugs or a poor diet is strongly associated with chondrocalcinosis.

Most of the joints in the body are synovial; meaning the bones are lined with hyaline cartilage and the space between the bones is filled with a very slippery fluid that acts as a lubricant.

Ten percent of folk over sixty is a lot of people, and it may well be much higher in patients over 70.

Most of the magnesium in your body is tied up with the calcium in the bones. Many drugs including those for anti-hypertensives, contraceptive pills and corticosteroids all leach the body of minerals; blood thinning medications and diuretics have been fingered too.

If you are taking any of these drugs long term, then you are in the high risk group of suffering from chondrocalcinosis and chronic arthritis. Patello-femoral pain syndrome is just one of many diseases affected by a magnesium deficiency.

When severely depleted painful cramps in the muscles will begin; think in the first instance of magesium, but it could be another mineral.

Foods rich in magnesium include

These fresh spinach salad recipes with added homemade hummus or pesto are amongst my favourites; the condiments make them more palatable, but the chickpeas and sweet basil add more magnesium too for your arthritic joints; and your heart too. 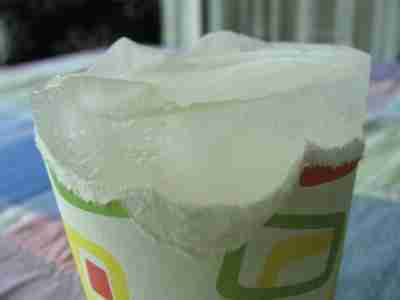 Clarke's test can be extremely painful when strongly positive; it makes the definitive diagnosis of patello femoral pain syndrome.

Mrs P is a typical case. Only 51, she has pain stretching through her whole back, wrists, hips and knees for as long as she can remember.

She has had operations on her wrists and knee. She presented first for treatment of her right kneecap some four months ago, having had moderately successful chiropractic treatment for her back and neck from a colleague who does not specialise in extremity conditions.

Walking upstairs was particularly painful in her knee. The x-ray above confirmed the diagnosis: Mrs P has Patello Femoral Pain Syndrome but the underlying cause is chondrocalcinosis; calcium deposits in the cartilage

She takes no chronic medication, nor has a history of any metabolic diseases. But she does have chronic arthritis pain throughout her body; she admits to an aversion to her greens as she calls them.

Clarke's test is the definitive test for PFPS; it was strongly positive, particularly when the kneecap was pressed against the medial condyle.

The chiropractic help for kneecap pain is simple, non invasive and effective; nevertheless convincing scientific evidence of the value of any treatment, manipulative or medical, that is proven, is conspicuously absent in the literature. Strengthening of the vastus lateralis muscle was seen as an important long term part of the care.

She responded remarkably quickly. I gave her the option of magnesium tablets, or a diet high in green leafy vegetables, especially spinach, hummus, sunflower seeds and dried beans. I am glad she chose the latter. There are many other benefits from eating these foods, as Popeye well knew.

In the future she may also have to take the mineral supplement depending on how she responds to the spinach and seeds. A fish oil supplement is also in the offing. Aching all over? Think magnesium.

Whilst kneecap pain is readily treated with chiropractic, that emanating from within the greater part of the joint is a far greater challenge to the clinician, be s/he medical or chiropractic. The cartilage lining the ends of the bones does not regenerate of itself unless unloaded; weight loss is the most effective treatment.

Arthritis pain in knee; patello femoral pain syndrome is just one of the many degenerative conditions.

Chronic arthritis is in part a dietary issue; kneecap pain is just one manifestation.

There are over 100 forms so the term chronic arthritis is something of an anachronism. A magnesium deficiency pertains mainly to the most common form, known as osteoarthritis; it is wear and tear degeneration of the cartilage in the joints.

Nutrition has much to do with the disease; chronic inflammation caused by too much omega-6 oils and too little from cold water fish and freshly ground flaxseed is another common cause.

Obesity is another common cause directly related to poor nutrition. You will notice most of the folk suffering from the disability associated with arthritis in the knee and hip are, or have been obese; there certainly are exceptions that prove the rule. Absolutely avoid icings that are loaded with hydrogenated fats; like Bettercreme sucks.

Remembering that whilst case files prove nothing, they are simply what are known as anecdotes, they do provide useful and interesting information; however, beware, because they can also be very misleading.

Ms J, a 40-year old woman had experienced what she called a weak knee for some months; in her youth she had played a lot of hockey and had various injuries. One morning she woke up with severe pain, unable to straighten the joint and stairs were a nightmare. After three days she consulted me.

The difficulty was that the examination pointed to different tissues involved. Clarke's test was certainly positive pointing to a patello femoral pain syndrome, but McMurray's was the real cause of her problem.

Mobilising her knee immediately released the meniscus lock and she could walk relatively normally but it took over a month, and half a dozen treatments, to heal. She emailed me yesterday to say that it was almost normal. Perhaps more important she had suffered for years from chronic headaches; just two treatments released those fixation and she has not had one in two months.

A few thoughts on medical insurance; the benefits and dangers on going without; are you disciplined enough to put away a sum every month? Otherwise you need Personal Health Insurance.

Goodbye Steve, I love my AppleMac, in fact the love of my life. We won't forget you. Make a good job of upgrading Moses's tablets...

One last question though: why did you have to dislocate the patella in the process of making the Apple the best computer in the world? 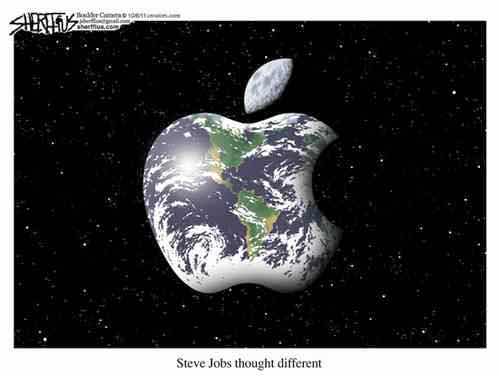