In WILK vs AMA a federal judge ruled that the AMA conducted a lengthy, systematic and unlawful boycott designed to eliminate chiropractic.

Some forty years ago, Chester Wilk and three other chiropractors took the American Medical Association to court under the antitrust legislation.

After 11 long years, federal court Judge Getzendanner found the AMA guilty of an illegal conspiracy to destroy Chiropractic. The aim inter alia was to maintain the monopoly that Medicine had on healthcare in the USA.

They did this for example by carefully holding back research proving that Chiropractic was twice as effective as Medicine in treating injured workers.

They even went as far as to subvert official state efforts to establish just how effective Chiropractic is.

In the case of Wilk vs American Medical Association, the judge ruled that the AMA, and its cohorts, were guilty of having conspired to destroy Chiropractic, thus violating the Sherman antitrust laws.

They did this by making interprofessional cooperation impossible under the guise of being unethical, concealing evidence of the effectiveness of manipulation, and conductive an enormous disinformation programme to discredit Chiropractic in order to maintain their monopoly.

By claiming that they were Quacks and that Chiropractic is unscientific, despite having full access to the Workman's Compensation finding that it was twice as effective as Medicine in treating certain musculo-skeletal conditions, the AMA went relentlessly about its illegal campaign to destroy all opposition.

Judge Susan Getzendanner issued an injunction preventing the American Medical Association from “restricting, regulating or impeding or aiding and abetting others from restricting, regulating, or impeding the freedom of any AMA members or any institution or hospital to make an individual decision as to whether or not that AMA member, institution, or hospital shall professionally associate with chiropractors, chiropractic students, or chiropractic institutions.”

This is not a cheap attempt to knock the AMA. I believe in good medicine, just like I do not believe in bad chiropractic.

But the fact of the matter is that drugs cause a vast number of deaths every year. Iatrogenic illness ...

Drugs like Vioxx and Bextra have caused enormous damage and death to ordinary human beings, who should first have been directed towards chiropractic before taking these life-threatening medicines.

Consider, for example, PROPOXYPHENE is the worst drug in history, ineffective and highly dangerous causing many many deaths, yet available from the pharmacy, commonly prescribed under the proprietary names Darvon, Darvocet and Doloxene; in some countries it was known as Lentogesic and Synap Forte, for over fifty years.

Simply put, the Propoxyphene story, and Pfizer Bextra fraud alone are sufficient vindication of the Wilk vs AMA and Judge Getzendanner's ruling.

This man, Dr Chester Wilk DC, and his team of chiropractors have saved hundreds of thousands of lives by stopping the AMA monopolies.

Monopolies, any one of them because underlying them all is greed, are totally detrimental to our human way of being. We salute you Dr Wilk. Your case against the AMA places you up alongside the colossus chiropractors like Palmer, Janse and Haldeman. 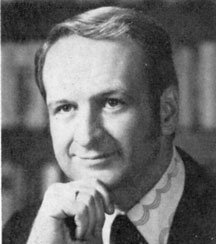 Wilk vs AMA is a classic antitrust case that took more than ten years to complete.