Propoxyphene is the worst drug in history

Propoxyphene is the worst drug in history and at long last is banned. 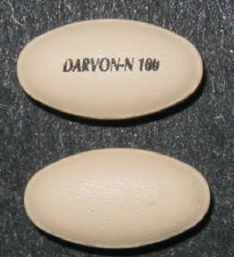 PROPOXYPHENE Worst Drug in History has been described by medical researcher Dr Ulf Jonasson as the "worst drug in history". Unlike other hideous medications such as Thalidomide, Darvon, aka as Dextropropoxyphene, kills. (Medscape News).

The main problem with Propoxyphene is that it's prescribed as a painkiller, but it isn't very effective, so people take another pill. The drug is a powerful Central Nervous System depressent, and even small overdoses can be fatal. Are fatal. Continuing said Dr Jonasson, "No single drug has ever caused so many deaths."

The drug is a narcotic opioid - heroin-like drug - hence its affect on the brain. It was first withdrawn from the United Kingdom because of the significantly increased risk of suicide.

Then it was withdrawn from Europe in 2009 because of all the fatal overdoses.

The cherry on top, though, are the serious and fatal heart arrhythmias that drugs containing Propoxyphene Worst Drug in History have caused. It was mainly on these grounds that the drug was banned in the United States in late 2010. Unnecessary cardiac ablation, a risky procedure to regulate heart arrrhythmias caused by Propoxyphene Worst Drug in History, had to be done on numerous patients, some of whom like famous John Matuszak, an Oakland Raider star, passed away.

In the United States alone propoxyphene drugs like Darvon, Darvocet, Doloxene, Lentogesic and Synap Forte have caused an estimated 2000 deaths in the last five years.

"Propoxyphene is the worst drug in history."

Another dangerous drug, acetaminophen, has been combined with Propoxyphene to make up an extremely dangerous cocktail of painkillers called Darvocet.

Acetaminophen overdose (mostly as Tylenol) is responsible for more ER visits than any other medicine on the market. FREE PAIN PILLS In combination, Propoxyphene and Acetaminophen make up a deadly cocktail.

Fortunately these drugs have now been banned in much of the world, but the question being asked is how could such a dangerous drug been licences by the FDA for over fifty years. Since 1957... how is that the pharmaceutical industry has so utterly hoodwinked the medical fraternity into prescribing these drugs? The lawsuits have started...

"I agree that propoxyphene is among the worst drugs in history. I'm surprised it stayed on the market so long. It's addictive, in my experience not very effective, and toxic."

Adcock Ingram executive Khoele claims that the ban has been instituted on the basis on a study of "only six people", and that the company would continue to distribute the drug despite the ban.

Propoxyphene is the worst drug in history

Propoxyphene is the worst drug in history is described as addictive, not very effective and toxic. It is marketed as Darvon, Darvocet and Lentogesic; and Synap Forte.