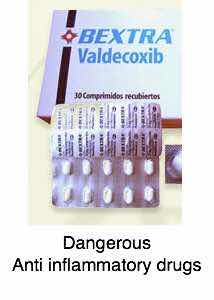 COX-2 inhibitors have been purported to be the new wonder drug for arthritis and other painful inflammatory conditions, but not having the serious gastrointestinal side effects. It is widely acknowledged that more than 12 000 people die annually in the USA from gastric bleeds directly associated with other NSAID medications.

COX-2 would not do that.

However, it soon became apparent that COX-2 inhibitors had serious side effects on the cardiovascular system. VIOXX was immediately withdrawn from the market, for example.

PFIZER was allowed to continue marketing BEXTRA in very limited doses for conditions such as menstrual cramps and arthritis. In conflict with the FDA regulations, Pfizer promoted BEXTRA using an illegal technique called off-labeling for uses and in doses that far exceeded that approved.

This put patients at risk from heart attacks, strokes and pulmonary embolism.

On 2 September 2009, the company agreed to pay $2.3 billion in criminal fines and civil charges. Pfizer-Bextra is the name we now associate with major fraud.

The FDA has now demanded that all anti-inflammatory drug manufacturers must label their products with warnings.

"There is increased risk of cardio-vascular events and well-described, serious, and potentially life-threatening gastro-intestinal bleeding associated with their use."

Aside: Anti-inflammatories such as Pfizer Bextra are particularly dangerous when taken in association with other medications, even aspirin. So-called dual anti-inflammatory drugs is something to be avoided at all costs.

Chiropractors are not in principle against the lawful and sensible short-term use of NSAIDs, but we believe there is now overwhelming evidence that manual methods and exercise have far more benefits with far fewer of the side effects of these dangerous medicines in the treatment of many chiropractic conditions and forms of arthritis.

In addition there is overwhelming evidence that many foods have an anti-inflammatory effect. The oleocanthal found only in olives and extra virgin olive oil, for example, also acts as a Cox 2 inihibitor but by a completely different mechanism to the drugs, and without the side effects.

That is just one of the many olive oil benefits enjoyed primarily by the Mediterranean people.

It's also been clearly demonstrated that a diet high in omega-6 fatty acids, but low in omega-3 is strongly pro-inflammatory. Read, those whose food is high in seed oils but low in fatty fish, olives, nuts, flax-seed and avocado are at high risk of generalised anger in the body affecting joints, muscles, blood vessels and ultimately all tissues.

Simple dietary changes such as generously dribbling extra virgin olive oil instead of using a branded salad dressing, almost always based on a solvent extracted seed fat, sprinkling freshly ground flax on a muesli, and enjoying fatty fish at least twice a week would make a profound change for the better for many inflammatory conditions.

Whilst natural foods have a much lower potency than drugs, enjoyed in the diet every day, they are perfectly safe, far cheaper and have none of the side effects of medication.

Ever heard of anyone dropping dead from dribbling extra virgin olive oil on their salad? Or having a heart attack after enjoying salmon or mackerel for dinner?

Even the capaicin in jalapenos and the omega 3 in freshly ground flax seeds have proven anti-inflammatory properties.

Enjoyed daily they have an important role to play to get your arteries, muscles and joints into shape. Let your food be your medicine. 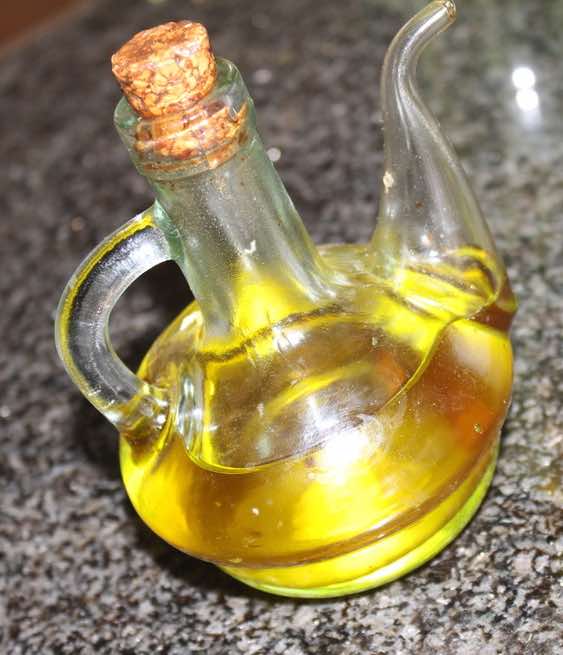 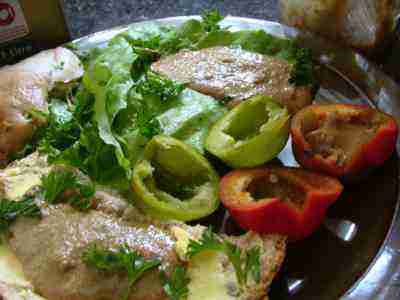