Patients with joint cartilage problems, such as arthritis, have probably heard of the possible benefits of glucosamine and chondroitin sulphate. Glucosamine and chondroitin are supplements that are sold over the counter in pharmacies, grocery stores, and health food stores. The benefit of glucosamine chondroitin is still under debate, and many patients wonder if they should bother taking these expensive supplements. It seems that they may help reduce pain but there is no evidence that they slow the degenerative march of cartilage. 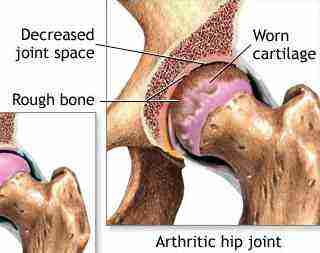 Glucosamine is a sugar found naturally in the bones, bone marrow and cartilage of animals; in our bodies thus too. 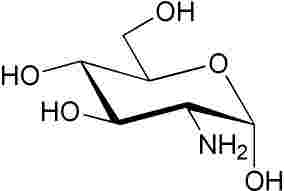 Glucosamine is an important precursor in the body for the manufacture of substances called Glycosaminoglycans which link to proteins to form proteoglycans which are a major component of joint cartilage.

The beauty of these substances, due to their polar nature, is their ability to bind water (also polar) which is strongly attracted to them. Water, like all liquids, is incompressible giving cartilage its stiff, yet flexible properties. This makes it the perfect material for example from which to build the discs between vertebrae. So when you jump up and down, the water-filled, incompressible disc prevents the bone above from crushing the one below.

The first sign on MRI that the cartilage is degenerating is loss of this water-carrying capacity. A healthy water-filled disc looks white on a scan. As cartilage degenerates, it loses this whiteness. 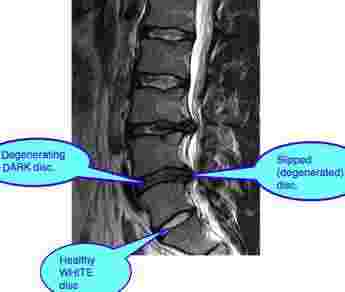 Notice how it is the degenerated (dark, waterless) discs that have slipped. Maintaining hydrated, water-filled discs is at the heart of Chiropractic. Slipped disc symptoms ...

Hyaluronic acid is a glycosaminoglycan. It is the major component of the synovial fluid that bathes the cartilage, coating each cartilage cell, and swishing about in the joints in your body. It lubricates the joint and binds water to the cartilage molecules, making cartilage on the ends of long bones, for example, incompressible.

Without glycosaminoglycans we would be as stiff as the Empire State building. Stiff! A stiff?!! Immobilisation arthritis starts within a joint being fixated - locked... preventing the free flow of hyaluronic acid within the synovial fluid.

Google appears to frown on too many links, so phrases in bold, like that immobilisation arthritis above, need to be put into the Site Search function in the navigation bar on your left if you want more information. 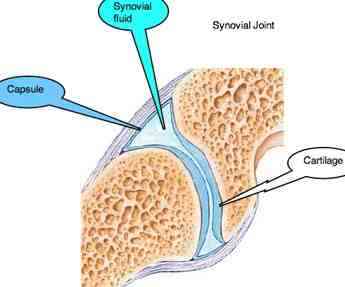 Chondroitin sulphate too is a glycosaminoglycan sugar making up a different important component of cartilage, particularly giving it much of its resilience to compression. It is also reputedly reduces the effect of destructive and noxious chemicals on cartilage. An important component thus of Glucosamine Chondroitin.

There are many different types of cartilage in the body, so the mix of these subsances will vary from one to another. For example the cartilage in the joints between the ribs and the breastbone is different to the 'hyaline' cartilage that lines the ends of your long bones (eg in the hip)

However, alas, the research concerning the use of glucosamine and chondroitin sulphate remains controversial and debated in scientific circles.

OBJECTIVE: To test whether glucosamine has any effect on the symptoms and progressive deterioration of hip arthritis over a two year period.

INTERVENTION: Two years of 1500 mg of glucosamine or a placebo. (patients never knew whether they were taking the real supplement or the placebo.)

CONCLUSION: Glucosamine was no better than the placebo in reducing the pain and stiffness and progressive advance of hip arthritis. There are numerous other similar studies with Chondroitin sulphate[1].

Research published in Arthritis and Rheumatism on five groups of patients with knee pain, compared the effect of

The thickness of the cartilage in their knees was measured at the start of the study and again two years later.

CONCLUSION: There was no statistically significant difference between the four treatment groups and the placebo group; if anything, the placebo group did better than those taking the combination of glucosamine and chondroitin.

One thousand six hundred patients were followed in sixteen different studies, using the same five groups used in Study two above. Known as the GAIT research study, the found

ie. Neither chondroitin, glucosamine, nor celebrex did particularly well.

Mild vs severe knee pain with combined glucosamine and chondroitin:

In a so called meta analysis of all glycosamine chondroitin studies, reported in the Journal of the American Medical Association 2000, it was found that only 15 of 37 studies stood up to scientific standards; of the 15, fourteen were funded by manufacturers of glucosamine chondroitin sulphate, making them suspect.

On the positive side, research reported in Lancet in 2001 measured the joint space in patients suffering from knee arthritis concluded that glucosamine sulphate did indeed modify the cartilage within knees, and prevent degeneration. It's a strong study which was double blinded, placebo controlled and randomised.

Participants taking glucosamine had less pain and a greater range of motion at the end of the three year study.

Chicken bones broth is for your joints. Whilst the glucosamine chondroitin theories appear neat and plausible, it seems that there are other ingredients in the bones and cartilage of animals that are necessary for the proper uptake of these sugars and to turn them into healthy hyaline. Rather like natural vitamin C is much more effective than synthetic ascorbic acid.

My theory is that, without the gelatine, the amino acids found in bones that the glycosaminoclycans must bind onto to form the proteoglycans, the actually building block in cartilage, these sugars are of little if any benefit.

So, rather make your own GELATINE powder for arthritis at home. Dead easy, zero cost, makes a delicious soup. 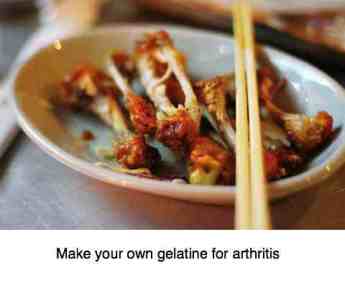 Fish oil health benefits are controversial and probably not as effective as enjoying whole fatty fish.

Whilst glucosamine chondroitin sulphate supplements remain controversial and expensive, the research on fatty cold-water fish is unequivocal. It helps arthritis and a heap of other diseases. Follow this link on making your own inexpensive gelatine-rich fish bouillon... FISH OIL HEALTH BENEFITS ...


It seems, especially for those suffering from relatively severe osteoarthritis, that glucosamine chondroitin sulphate may have significant pain relieving properties, though it remains doubtful that they inhibit the progression of arthritis.

For mild cases of osteoarthritis the research in the main seems to suggest little known benefit.

Another negative is that glucosamine is made from shark fins, and we know that population is being seriously depleted.

In contrast, both chicken bones and the fleshy skeleton and head of salmon are throw away products; the remains after the flesh has been removed.

It certainly does take more effort than swallowing pills from a bottle, but the cost, the effectiveness and the great taste all suggest to me that the bouillon prepared from chicken bones and fish and made in your own kitchen makes good sense.

Both chicken bones and fish bouillon and glucosamine chondroitin sulphate have one enormous plus. They keep people off anti inflammatory drugs.

Google appears to frown on too many links, so phrases in bold, like that dual antiinflammatory drugs above, and lemon drop drink recipe below, need to be put into the Site Search function in the navigation bar on your left if you want more information.

Lemon juice, despite its citric and several other acids, is said to have an overall alkalysing effect (though I can find no confirmation in any scientific text). In any case, it's full of vitamins and minerals, and anti-cancer bioflavanoids and carotene. And it's nice! Lemon drop drink recipe ...