Food and inflammation in the body are undeniably connected in the domain of chiropractic care. 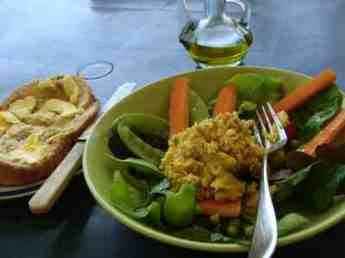 Research and medical opinion too is stressing the importance of foods that decrease inflammation.

And, for that matter, avoiding those foods that increase the redness and swelling in our organs.

What is more, are sore joints not connected to red and angry blood vessels?

Is the inflammation in the brain quite different to the painful muscles suffering from polymyalgia?

Is the anger of gout in a swollen big toe really that different to the leaky gut that causes severe ulcerative colitis in the large intestine?

Or are these all a similar process that is simply affecting different organs, perhaps because of other factors. For example, smoking has a greater influence on the blood vessels than other organs. Gluten may be the reason the intestines are targeted.

In a landmark lecture a veteran heart surgeon of over 5,000 open-heart surgeries is now suggesting that the medical advice of changing from animal fat to polyunsaturated fats, and the use of statins, is the reason that the insides of blood vessels have become redder and more inflamed as the years go by, and cardiovascular disease continues to rise.

It is astonishing to hear a medical specialist recommending that we return to moderate use of butter rather than polyunsaturated margarines. Read more of his lecture at foods to reduce inflammation; eat the foods that your grandmother served, not what your mother buys and cooks, he says.

This is very complex biochemistry, but research is pointing to the ratio of omega-6 /omega-3 which should be kept as low as possible to reduce inflammation.

That means staying away from seed oils like those from corn and sunflower, with a possible exception of canola, because they are high in omega-6. Instead use butter in moderation, and olive oil.

The debate continues about coconut cream as it is higher in saturated fat, but lower in omega-6. Personally I use it freely, but I hesitate to recommend it until the scientists are in agreement.

And increasing your omega-3 fatty acids. That means fatty fish like salmon, freshly ground flaxseed and regularly eating walnuts. Use the search this site function for more about these foods to reduce inflammation.

That also means avoiding beef and pork advertised as corn fed; they may be more tender than pasture raised animals, but they will also cause more pain in the body.

Research shows interestingly that true free range eggs have three times the amount of omega-3; that gets the ratio moving in the right direction. Hens that eat primarily corn will cause the same problem; we have taken to rearing our own birds for this reason. Chickens in the garden is another whole topic.

Dark green leafy vegetables are now widely recognised to be anti-inflammatory in nature. 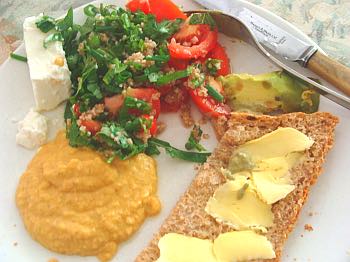 Food and inflammation looks to the phytochemicals in fruit and salads and an increase in our omega-3 fatty acids; what you see here is a simple but delicious Lebanese dish called tabouli, hummus and avocado.

This is central to chiropractic as well as medicine; inflammation in joints and muscles is where we come in; doctors are more concerned when it affects your blood vessels and intestines, for example.

Two of the first we'll consider are lutein and zeaxanthin; they best known function is in the retina where they absorbe high energy photons of radiation entering the eye; a deficiency is the main cause of age onset macular degeneration and cataracts. But they are also strong anti inflammatory.

The best sources of these carotenoids are dark green leafy vegetables, and in particular kale; unrefined corn on the cob and citrus too.

All berries are known to contain phytochemicals called anthocyanins that have been shown to block a cox enzyme that is at the forefront of inflammatory arthritis.

Then there is the highly inflammatory breakdown product of certain proteins; it's known as homocysteine; this is a quite normal process, but the body immediately inactivates it by a process known as methylation.

In order for methylation to occur successfuly certain vitamins and minerals are needed; in particular vitamins B6, B12, choline and betaine; without them a vital enzyme needed will be in short supply.

Once again it's dark green leafy vegetables like kale and beet tops, and eggs, particularly those that are produced by free range hens. 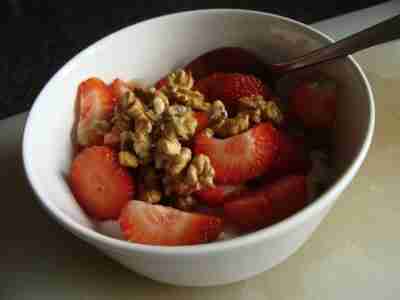 Strawberries and walnuts on your muesli for breakfast would be a great start to the day. Let your food be your medicine, was Hippocrates' advice; his is after all the father of medicine. Chiropractors believe we should be paying more than lip service to his sage advice? 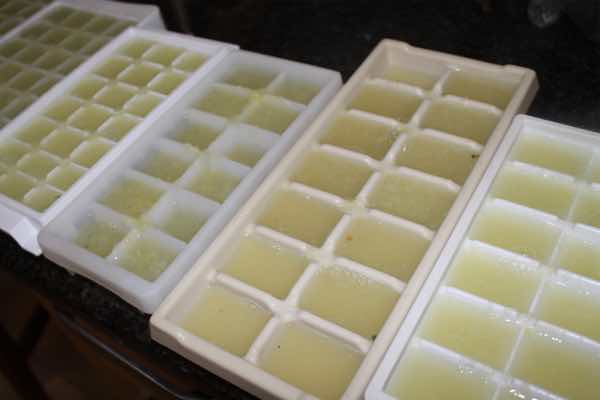 Interesting research shows the vitamin C and limonin in citrus has strongly anti-inflammatory properties; they mop up the free radicals that attack cell membranes causing inflammation.

On a personal note, the good wife has quite badly disfigured fingers from rheumatoid arthritis, but no pain. She can weed in the garden, sew and do anything and everything; no disability whatsoever, and no pills. She attributes it to the limes that we squeeze and freeze; a block every morning with hot water.

Food and inflammation are central to chiropractic well-being too; more exercise as well.

Gout is a painful form of inflammatory arthritis affecting most often the large toe due to a build up of uric acid crystals in the joint.

It's one of the many conditions that responds well to going on an anti inflammatory diet, and in my case is provoked by too much citric acid fruits; in particular orange juice that is not quite ripe.

LTB4 is a pro inflammatory substance found in the target tissues of insulin; adipose tissue for example. It's raised in diabetes.

You'll find that large people always hurt; there are many reasons but the main one is that the highly glycemic foods like bagels and chocolate cake that they enjoy provoke firstly a blood glucose surge, followed by an insulin rush as the body desperately tries to store the sugar in fat cells and the liver, and releasing LTB4.

The circulating LTB4 then activates other cells like those in muscles and joints, and the linings of blood vessels, for example, making them red and angry; pain.

Scientists have found that LTB4 is the pro inflammatory factor causing oedema and pain, and even worse making the tissues insulin resistant; it's the underlying cause of type 2 diabetes.

In short there's a strong connection between our food and inflammation.

Deep fried bagels made from refined white flour cooked in hot oil, usually with a high omega-6 content, and then covered with a sweet topping is often typified as the highly inflammatory food.

First it raises the omega-6 to omega-3 ratio; that's inflammatory.

Secondly, refined flour has had the choline removed that is the precursor to an enzyme required to methylate homocysteine; more inflammation.

And thirdly, the sugary coating stimulates the release of pro inflammatory LTB4. The net result is a lot of pain.

According to Wikipedia, in 2012 the fresh bagel sales approached US$700 million in the United States. Food and inflammation are undeniably linked.

Oleocanthal is a natural anti inflammatory compound that inhibits the Cox enzymes that are released from angry, red joints and muscles; it is a Cox inhibitor but acts without the side effects of drugs such as Bextra, Vioxx and Celebrex. It's all about medicine, but chiropractic too.

Oleocanthal gives olive oil the burn in the back of the throat that is notably absent from refined olive oil.

Chili unexpectedly is also strongly antiinflammatory; try and add small amounts to your diet every day. Capsaicin health benefits are to be found in foods like jalapenos and the whole pepper family.

There are two pathways leading to inflammation in the tissues after injury. Omega-6 PUFAs like arachidonic acid in the damaged cartilage, say, is acted on by

On the other hand, omega-3 PUFAs are affected differently with beneficial effects inhibiting inflammation and a host of other processes such as allergic reactions and atherosclerosis.

This is complex biochemistry; if you're interested read more about eicosanoids at Wikipedia.

Food and inflammation have a profound affect on these processes; firstly by the kinds of fatty acids being consumed and secondly by the presence of the many phytochemicals like oleocanthal that protect us from an overly robust inflammatory reaction to a small stimulus.

Researchers for example, have found that those regularly enjoying seven or eight coloured foods each day have a 35% lower all cause of death. They have diverse effects such as better eyesight, meaning less accidents, better blood pressure, less allergic reactions, fewer side effects from medication and less cancer. Foold and inflammation are inseparably linked.

Try and enjoy this eight colors eggs Florentine as often as you can for a breakfast treat; the jalapenos and herbs like sweet basil are also strongly anti inflammatory. Notice the emphasis on brightly coloured foods; that's where you'll find much of the protection we all need. 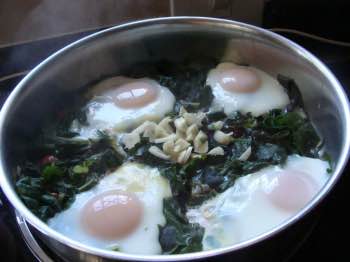 This photo incidentally I took before the days of keeping our own hens; just compare these free range cage free eggs; they have triple the omega-3. We practise what we preach; we are convinced that our understanding of food and inflammation is what enables us to enjoy a life without medication.

Rome wasn't built in a day and nor will be getting off those foods that are causing the inflammation in your body. Just get started and before you know it you will be feeling so much better, that you will do the rest without anyone else nudging and making sarcastic remarks.

A simple start would be just to replace all your oils with that from the olive. They may mean that all your salad dressings will have to go.

Instead use olive oil and freshly squeezed lemon juice on your salads, with fresh herbs for seasoning. Would that be so difficult to lessen the pain in your body and risk associated with inflammation in your blood vessels?

Or perhaps making sure you get some berries and nuts daily in your food; that too would surely be quite simple. Gradually replace the inflammatory foods that are causing you so much misery with nutritious options; really, it's not rocket science.

Greater well-being is not from better pills, with all their side-effects, but understanding that food and inflammation are intimately connected.