What is chiropractic is a chapter borrowed with permission from Frog in my Throat, by Bernard Preston, DC. 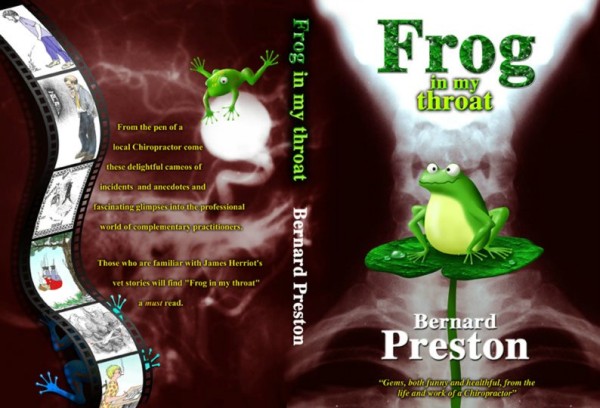 "Here’s to the men and women of my own breed

At least they hear the things I hear

And see the things I see."

Talk to any ten DCs and you will get ten different answers to the question what is chiropractic. It's both the strength and the weakness of our profession.

We are all very grateful however for our forebears who have been willing to think outside the box and bring new theories to be tested and formulated. Some have proved wanting, others form the backbone of present day chiropractic.

Where would chiropractic be today with the giants like the Palmers, Janse and Gonstead; and others like Thompson, Illi and today's Haldeman?

The word chiropractic is derived from two Greek words "cheir" and "praktikis" meaning “done by hand“ or “to use the hands to practise or treat.” Chiropractic is about hands. Hands used through direct contact with the human skin to bring about changes primarily affecting the soft tissues and the human frame.

Chiropractic finds its origins in the mists of time – Hippocrates and Galen, both famous doctors, used and advocated manipulation of the spine, thousands of years ago. The bonesetters of Europe carried on the tradition through the Middle Ages but it was not until 1895 that an Canadian, Daniel D. Palmer, founded modern chiropractic. 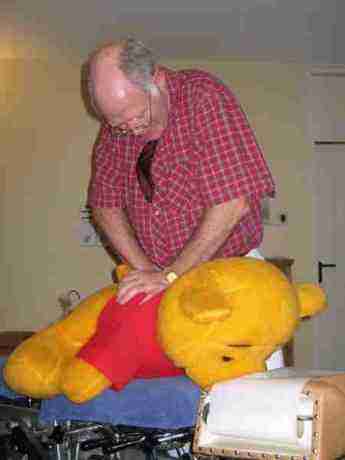 The chiropractic adjustment is a highly specific manipulation of a joint, primarily of the spine but, increasingly, of all joints of the body. It is described as "high-speed and low-amplitude". Very fast and shallow.

There are now over 100 000 chiropractors in more than 70 countries. There is a minimum of six years’ tertiary level education, starting with the same basic sciences as in medicine. Most chiropractors use the title Doctor of Chiropractic or D.C., approved by law in the countries where chiropractic is recognized and regulated. Many hospitals now have chiropractors on their staff and integrated practices are common.

What is Chiropractic? “Labelled an unscientific cult by organized medicine as little as 20 years ago, chiropractic is now recognized as the principal source of one of the few treatments recommended by national evidence-based guidelines for the treatment of low-back pain, namely spinal manipulation. In the areas of training, practice and research, chiropractic has emerged from the periphery of the health care system and is playing an increasingly important role in discussions of health care policy.”

You will hear Chiropractors using the word subluxation. It is an important word in chiropractic philosophy but means differing things to different people. In medicine it means actual derangement of a joint, seen usually on x-ray. Simply put to a chiropractor, a subluxation means a process of abnormal movement in a joint, initially too little movement called a fixation and later, as the joint begins to degenerate, excessive movement as aging of the disc and joint capsules allows increased movement.

Finally in our discussion of WHAT IS CHIROPRACTIC, with progressive degenerative changes in the joints, the joints become stabilized, often resulting in less pain and less disability in older age. Subluxations will frequently affect the spinal nerves resulting in various disorders depending on the nerve affected. Adjusting these subluxations aims to restore the neuro-biomechanical harmony of the body. Chiropractors emphasize the importance of good muscle tone to maintain that harmony and use a wide variety of techniques to rehabilitate the muscles of the body, along with the joints they serve. There is a growing recognition of the importance of ergonomics in maintaining excellent spinal health, and preventing injuries.

What is chiropractic? A formal definition.

Chiropractic is a health care discipline that emphasizes the inherent recuperative power of the body to heal itself without the use of drugs or surgery. The practice of chiropractic focuses on the relationship between structure (primarily the spine) and function (as coordinated by the nervous system) and how that relationship affects the preservation and restoration of health. In addition, doctors of chiropractic recognize the value and responsibility of working in cooperation with other health care practitioners in the best interests of the patient.

The profession of chiropractic is not anti medicine; our allopathic colleagues have achieved heights like the replacement of an arthritic hip that we could never do.

Nevertheless, we abhor the excesses of medicine, and those of chiropractic too.

Better health naturally is not something easily achieved; it's much easier to reach for a pill and, can it be said, make an appointment for an adjustment than do a simple set of exercises daily. Our page on exercise class benefits arthritis is mind blowing.