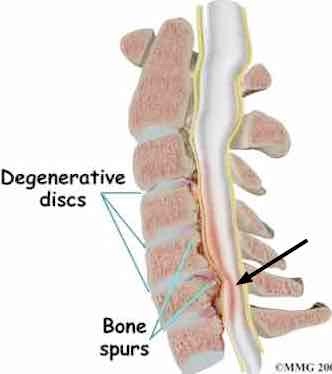 Cervical stenosis case file is a condition missed even by the experts.

This page was last updated on 29th February, 2020. This is about a spinal condition.

An elderly man, let us call him Mr S, gave me and half a dozen doctors cause for thought; three of the specialists ended up in court. His medical doctor and I were the lucky ones to escape his wrath. Said patient was a retired judge.

He consulted me initially two years ago with acute pain in the upper right thigh of some months' duration, with no known cause.

It turned out to be a routine case of meralgia paresthetica quite unrelated to his neck.

It's a condition, known as a double crush syndrome and seen not infrequently in our Chiropractic clinic where the nerve is pinched simultaneously in the back and groin.

In his eighties, he had been terrified that the pain in the hip would prevent him from finishing the fortieth leg of a pilgrimage.

Cervical stenosis case file reveals how a neck problem can cause you to sprain your ankle.

In passing he mentioned that he had sprained his ankle about a year previously and that it was still weak and causing some pain. Could that be the cause of groin pain? he asked. I agreed that it could, by altering his gait. At this stage, he had already consulted his doctor and a physiotherapist concerning both the weak ankle and the pain in his opposite thigh; no one was thinking of a cervical stenosis case file in the making.

The pain in the hip responded relatively quickly, and after a few weeks he went off on his extended hike in Spain; the last two hundred kilometres. As a young man he had started the long pilgrimage from Groningen in Holland to Spain, known as the Santiago de Compostela. The Holland leg is called "de Pieter pad". He finished his forty year pilgrimage, and returned some two months later for maintenance care of his hip. In passing, he asked again about his ankle.

A confession. In the ten minutes set aside for routine maintenance of the hip, lower back and groin, I completely missed the fact that he had quite profound weakness in the ankle; it was the cause of the sprained ankle, not a consequence of the injury.

He continued to consult me every two months, not unhappy, despite the lack of progress in the ankle. He also had a stiff neck that required mobilisation. My initial thinking was of a routine sprained ankle; not his problem as it turned out.

One year ago he returned urgently from an extended holiday in the Greek islands to consult me. I was immediately very concerned. He had extreme gait disturbance and some signs of what I thought was a possible lesion in the cerebellum, or perhaps a TIA affecting that part of the brain that controls coordination. He also complained of tingling in the hand, particularly in the pinkie side of the hand.

It was only then that the penny dropped; the weakness in his foot was not local, but rather neurological in nature; the sprained ankle happened because of the weakness, not vice versa. I referred him immediately without treatment to his doctor for an urgent consult with a neurologist.

The neurologist decided that he had carpal tunnel syndrome and referred him to an orthopaedic surgeon.

The orthopaedist concurred that the tingling in his arms and hands were from CTS and proceeded to operate on his wrist; a cervical stenosis case file was the last thing that passed through his mind; when you have a hammer in your hand, everything looks like a nail.

Mr S continued to walk like a drunken old man, and being a man of some influence, bypassed all the fools treating him and went to a specialist clinic. The diagnosis after an MRI of his neck: Cervical spinal stenosis.

Large bony spurs in his neck were not only affecting the ulnar nerve to his arm, but also directly on the spinal cord, affecting his lower leg.

I'm glad to say that both Mr S's medical doctor and his chiropractor have both escaped his ire, though we both too completely missed the boat. I'm not proud of myself, but this Cervical Stenosis Case File been a great learning experience. It's not called a "practice" for nothing.

Make serious mistakes with a judge, and you can lose your pants. Luckily, his GP and I still have ours, but certain medical specialists found themselves in court. Tingling in the pinkie simply cannot be carpal tunnel syndrome which affects the median nerve.

Spinal stenosis case files do not occur in a vacuum. After whiplash injuries, and repeated episodes of cervical facet syndrome that was badly managed, immobilisation arthritis sets in. Sometimes, perhaps combined with poor diet, or other factors. 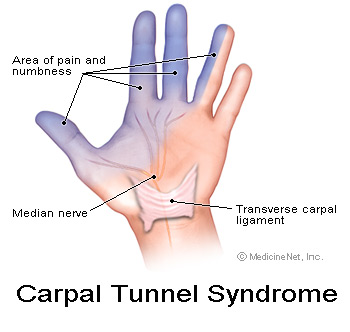 Sprained ankle is very rarely caused by cervical stenosis but should be considered in the older patient.

I sometimes am concerned that too much manipulation of neck, even by a qualified chiropractor, despite the fact that we distract the joints before manipulation, may not be healthy. And how much is "too much"? We just do not know.

Self manipulation certainly causes repeated trauma to the neck.

Whilst this is an extreme case of cervical stenosis, most chronic neck pain conditions can be well managed with an occasional, but regular chiropractic treatment.

Maintenance care nevertheless is not for every patient.

Nutritional supplementation is advisable too. You could make yourself a chicken bones bouillon, proven to help arthritic sufferers, and regularly enjoy a fatty fish soup, which is a rich source of omega-3, also proven to help prevent the inflammation associated with arthritis; or take take krill oil capsules.

Freshly ground flax seed nutrition information gives you more data on yet another rich source of omega-3. Add a tablespoon to your cereal every morning, or to the cookies and bread that you bake. 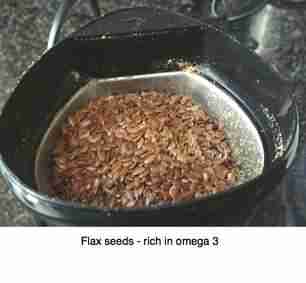 Low GI bread is so easy to make with the use of a bread machine. It literally takes me less than five minutes, every other morning. Adding a protein source like homemade hummus, and extra olive oil lowers the glycemic index. 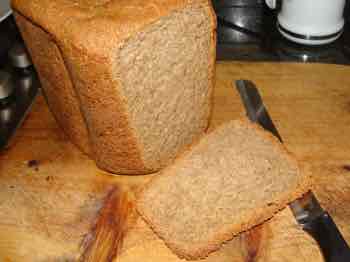 It is all about getting away from the artificial chemicals that food companies add to their products, and taking responsibility for your own health.

Your organic green food also has an anti-inflammatory effect, especially if you dribble olive oil over it.