"Chiropractic is a profession not a technique, and PT authorities should not seek to declare it a specialty of physiotherapy." 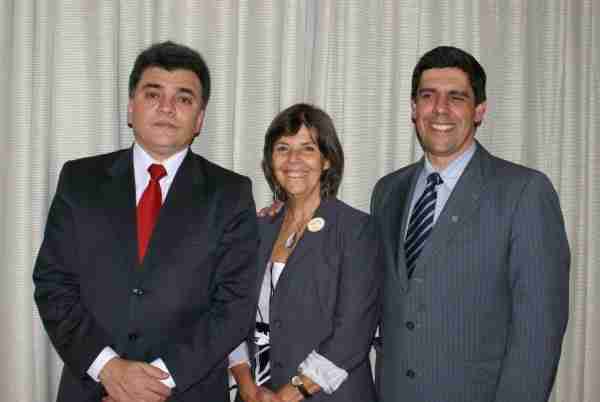 An appeal by CREFITO, the regulatory body for PT in the State of Sao Paulo, asking to remove an earlier court injunction against CREFITO, was denied.

The background to this dispute is that the ABQ, representing under 400 chiropractors in Brazil, is promoting legislation to regulate the practice of chiropractic. The response of the national regulatory body COFFITO, representing over 90,000 PTs, has been to claim chiropractic is a specialty of PT.

In August 2008, PT agents in Sao Paulo began harassing chiropractors, most of whom are new graduates of Brazil’s two university-based chiropractic programs. Holding violation orders from their own CREFITO, and often accompanied the federal police, they tried to pressure DCs to sign declarations acknowledging the illegal practice of PT and to cease practise.

The ABQ and its lawyers were successful in getting an interim injunction to stop such harassment against Brazil Chiropractic. CREFITO has sought to have the interim injunction removed but, after hearing argument and evidence from the ABQ, Judge Brunstein confirmed the injunction on March 3.

“We still have a long fight ahead”, says ABQ President Dr. Juliana Piva, “but this judgement gives us powerful new momentum as we work with legislators in Brasilia for chiropractic legislation.”

“There have been such generous donations from many associations and individuals – but particularly the American, Australian, British, Canadian, Danish and Norwegian associations.”

“We could not have achieved this success without vital financial and other support from the World Federation of Chiropractic and its member associations”.

“It has been a privilege for the WFC to assist the ABQ in the outstanding work it is doing to protect the independence of the chiropractic profession in Brazil”, notes WFC President Dr. Stathis Papadopoulos of Cyprus. “This battle has obvious impact for the profession everywhere – I strongly encourage all associations and individual chiropractors to continue their financial support for the ABQ.” 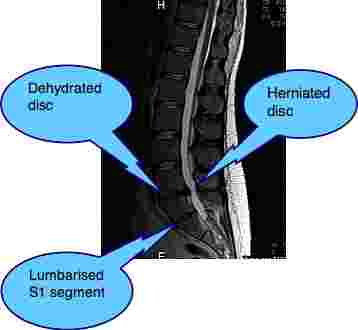 Why is that Chiropractors are so passionate about their profession? Because at least half the time a case like this one above can be saved from the complications of surgery.

This young man has severe pain in the back of his right leg, and the MRI shows a herniation into the foramen where the nerve emerges. Read more about this postero medial disk herniation ...

With manipulation, and careful management of the condition, Chiropractic can often, but not always, do it more safely and at a fraction of the price.

But it's quite impossible for another health professional to learn these techniques at a few weekend courses. It's complex, and art and a science, just like good surgery, that takes years to learn. A physiotherapy technique?