Chiropractors are certainly not the only doctors interested in short leg research. More than 60 years ago radiologists were considering the subject[1].

1000 American soldiers complaining of LBP were sent for X-rays. After meticulous study and measurement, the researchers concluded, in the first instance, that it was indeed possible to accurately determine the difference in leg length radiologically, using the femoral heads as the reference point.

The greatest difference in leg length measured was 44 mm.

Concerning spinal biomechanical dysfunction, they noted that a short leg was associated with a tilt of the pelvis and a scoliosis.

How common is a short leg?

In young men suffering from LBP, the authors of this Leg Length Inequality Research paper found that

The other 77 percent had a short leg.

The incidence of short right vs left legs was nearly equal. The average shortening was slightly more than 7 mm. 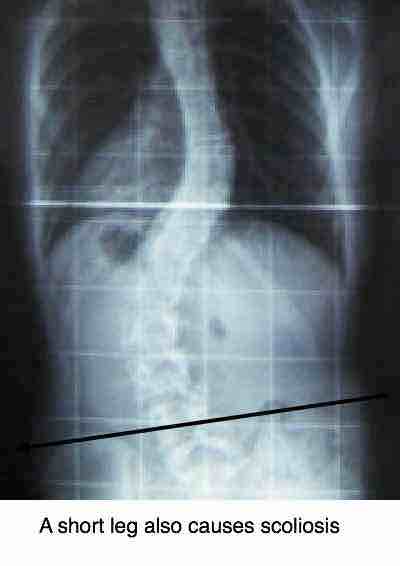 "Whenever there is a pelvic tilt, a scoliosis of the lumbar spine coexists.”

Very significantly, in my opinion, they also state that the existence of any such condition cannot be determined with any degree of accuracy on gross physical examination.

The emphasis there is on the word accuracy. A tilted pelvis can readily seen from behind the erect patient, with the examining doctor on his knees, by placing the hands on the iliac crests.

The existence of a scoliosis can be confirmed by asking the patient to bend forwards. 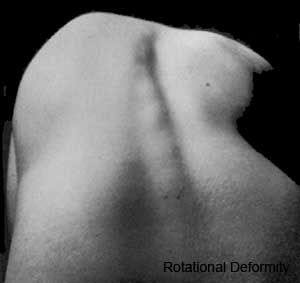 “A consistent observation which has been made is that in those cases with a short leg there is a corresponding tilt of the pelvis and a compensatory scoliosis of the lumbar spine.”

Of the nearly 800 observed short leg cases seen in this study of young soldiers, only eight were suffering from a non-compensatory scoliosis. These spinal curvatures were associated with pathology such as bony changes from old trauma to the disc, facet, or vertebral body; we called them a structural scoliosis.

Such would be far more common in older persons who have undergone trauma from falls on the ice, osteoporotic fracture, and the like.

"I believe the best definition of man is the ungrateful biped."

When is a LLD clinically significant?

Leg length differences exceeding 5 mm were associated with greatest low back pain or disability, and therefore 5 mm is labeled as being a “marked difference.”

"It is our opinion that the existence of a short leg exceeding 5 mm is significant from the standpoint of symptomatology and disability.”

The transitional areas of the spine, and in particular the lumbosacral joint are particularly prone to anomalies, causing biomechanical aberrations.

The single most common cause of a short leg in the elderly occurs after hip replacement surgery; it is an art to get the limbs exactly the same, and many surgeons miss the mark. I personally recently examined a patient who had a difference of 30mm post surgery. It caused a very severe pelvic tilt and scoliosis.

Short leg research verifies how it can contribute significantly to low back and even neck pain; it also causes arthritis in the knee and hip.