Failed back surgery is a term coined not by chiropractors but by medicine itself. 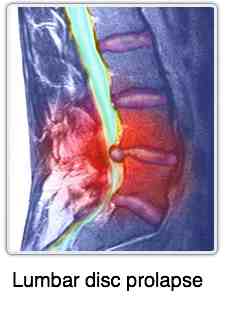 It's not that often admittedly that it happens but this week three patients consulted me with failed back surgery; two have plates and screws in the lumbar spine, and unrelenting pain. The third had a successful operation, but was told he was cured and had no need of any further treatment.

I don't believe in cures of anything except perhaps appendicitis, and certainly not of lower back pain.

No matter what course of treatment you are having, ongoing care and especially daily lower back exercises are, in my book, part of the protocol that will help prevent failed back surgery, or chiropractic for that matter.

I've been pondering at lower backs and ankles why the former gives so much trouble, and the latter is more inclined to heal. If you suffer from chronic LBP then you might like to read it.

Two of the cases mentioned above have come as close to a cure as they are going to get; they are both much improved. The third I've declined to do anything to her back; we've agreed the downside risk is too great. She is luckily free from the sacral subluxation that was giving her severe hip pain for six months; that was relatively straight forward. But her back... it's a nightmare. Leg pain sciatica can be a horrific condition.

Failed back surgery comes about sometimes because patients gain the impression they are cured and no longer need to exercise, or continue with some form of management, be that chiropractic or medical.

Mrs Jones is 55-year old woman. Three decades ago she had what I believe could be described as a fairly typical lumbar fusion; a cage was inserted at the L5-S1 disc.

Interestingly she thought the level above had also been fused; a recent MRI clearly shows otherwise.

Twenty-five is very young to have a back operation, but it was reasonably successful; for twenty years she had intermittent pain but it was manageable.

Then she started to have trouble again; one chiropractor did frank manipulation on her and simply made things worse. She found another who used more esoteric techniques which were more successful and for five years she coped again.

Then came the next big episode, and she was back in hospital with pain radiating down the back of the left thigh; the S1 distribution. Nobody in all this time told her that she should be doing back exercises every single day of her life, just as you would brush your teeth; preferably before arising from bed, in my book. She spent time in hospital, although there was no treatment except anti-inflammatories and bed rest.

Last week she consulted me when her regular chiropractor was on holiday. She was in terrible pain, antalgic and barely able to walk; fortunately with no leg pain.

Interestingly the last episode was exactly a year ago at Christmas; not a good time to be in hospital, but she's worked out the common denominator; her maid was on leave and she had been busy preparing their home for the gathering of the clans. The vacuum cleaner is public enemy number one if you have a back problem.

The Slump test was strongly positive bilaterally, as was Lindner's sign; flexing her head on her chest provoked severe low back pain; getting in or out of the car was thus very painful.

Oddly the fused joint was notably the source of pain and on motion palpation it was clearly moving in relation to the sacrum despite the cage; there was no total fusion.

One advantage of the cage is that it maintains the intervertebral foramen, hence she had no sciatica.

Fortunately, after just two treatments she declared she was 30% less disabled and had much less pain; turning in bed was manageable and Lindner's test was again negative; getting out the car wasn't such a nightmare.

Slump test for sciatica was only mildly painful again.

The treatment consisted of a strict regimen of no sitting, gentle exercises every half an hour and bed rest with intermittent walking around. I used just an activator to adjust L5. The sacroiliac joint was not involved, and I dared not lay her on her stomach in any case.

After the third treatment, I referred her back to her regular chiropractor.

The point of this failed back surgery blog is that there is no such thing as a cure in the lumbar spine whether you have been for an operation or under chiropractic care. Due diligence, care and daily back exercises are the order of the day if you want to avoid the next episode.

I can say this with some authority having been in the business for thirty-six years and have had very serious femoral nerve damage myself three years ago. I never miss the exercises, and consequently can lift beehives, make compost piles and generally live a busy life; luckily my daughter is a chiropractor, and when needed I too have access to excellent care.

This light-hearted slipped disc diary may amuse you.

Lower back exercises are essential both to prevent failed back surgery, and failed chiropractic care. Do them every morning before arising from bed; they take only one and half minutes.

Don't become a victim of failed back surgery; do these exercises faithfully.

One concern is that she wants to return to work on January 2nd; a sitting job. We had strong words that one should get properly better first. When dealing with very severe lumbar pain one has to take it seriously, not return to prolonged sitting too soon and being very careful for at least several weeks; longer if there's leg pain.

I reckon she won't be ready for sitting all day for several weeks, perhaps a month or longer. You don't mess with back pain; another surgeon lurks just waiting to stick in his knife! Another chiropractor too!