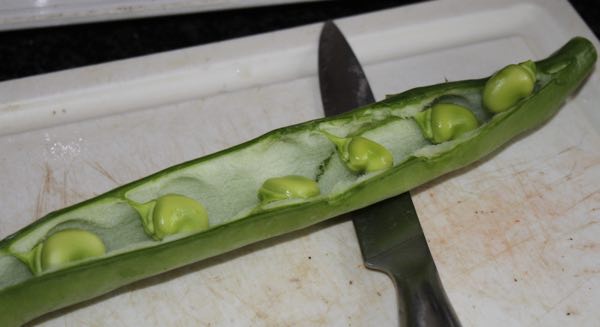 Benign essential tremor syndrome causes uncontrollable shaking; it's usually not serious, hence the name. Typically it begins in mid age, and gradually worsens, occasionally becoming severe. Unlike that of Parkinson's disease which occurs at rest, this is an 'action' tremor.

It does not occur when the hands are at rest, but when you reach out for something, or holding an article such as a sheet of paper which begins to shake uncontrollably, and often embarrassingly; the so-called postural tremor. It's worse when you're under stress, for example having to introduce someone whose name you have forgotten.

It typically begins in one hand, and may move to the other, and the rest of the body. Since it gets worse with movement of a body part, it's also known as an 'intention tremor.' The classic neurological test is ask the patient to touch his or her nose; this becomes increasingly difficult as the finger approaches the face. If the finger in unable to stop, so-called 'past pointing', cerebellar disease is suspected.

The word benign is often dropped nowadays as an essential tremor is now thought to cause other symptoms.

Let's get one thing straight; since I'm a chiropractor, not a neurologist, but with a deep interest in the subject as all of our profession should have, look elsewhere too for confirmation of these facts.

There are two other reasons that I have personally studied this condition. I myself suffer from benign essential tremor syndrome. It began some twenty-five years ago, and has not worsened. In fact, recently it has improved dramatically after an astonishing discovery; more about that lower down.

There was no known cause and an investigation by a neurologist shed no light on my condition.

A resting tremor is quite different; typical is the pill-rolling tremor of Parkinson's disease which is anything but benign.

The tremor of Parkinson's disease is quite different to that of a benign essential tremor syndrome. It occurs when the body part is at rest. For example, the lower jaw is often affected, not when speaking or chewing - it's not related to intention - but continuously.

Parkinson's disease is far more likely to affect seriously other parts of the body. Speech may become slurred, and walking tends to be a shuffling yet strangely hurried gait; those suffering from it seem almost to run; it's known medically as festination.

Parkinson's disease is caused by the death of a nucleus in the brain known as the Substantia Nigra; normally it should produce a neurotransmitter called dopamine that sends messages to other cells, mediating many different functions in the body.

Benign essential tremor syndrome most often affects the hands, for example when holding up a book, but can affect any part of the body. The involuntary shaking or trembling varies from hardly noticeable to really quite dramatic. It typically worsens very slowly with age.

Blood sugar plays a role so that those who are insulin resistant with wild swings of glucose are more affected, especially should it become particularly low. The early part of a long fast may for example increase the tremor until the body moves from using glucose to ketones for energy. It may be worse in the early morning when blood sugar is at its lowest.

A simple test is to draw a spiral which may be very shaky.

Holding a sheet of paper or book in front of one with arms outstretched; as when singing in a choir.

The cause of benign essential tremor syndrome is unknown, but it sometimes has a genetic basis. Complicating this supposition is the fact that children inherit not only their parents' genes but also their lifestyles and frequently diet.

It may also be a side-effect of many medicines; more complex is that the tendency to turn to medication for the treatment of poor health is also familial, muddying the water by suggesting a genetic predisposition.

Alcohol abuse, diseases such as multiple sclerosis, thyroid, kidney and liver failure have all been implicated as causes of tremors.

Treatment of tremors with fava beans

It has long been known that the resting tremor of Parkinson's disease is caused by a deficiency of the neurotransmitter dopamine after the death of a nucleus in the brain known as the Substantia Nigra.

Medically the condition is treated with drugs that supply dopamine, but Parkinson's patients will tell you that often all is not well. Certain legumes, in particular fava beans and mucuna pruriens, can supply a steady supply of L-dopa, the precursor, which has a longer lasting effect without the extremes of the medication.

Fava beans are difficult to procure, but a concentrate from mucuna pruriens is available in tablet form; it has long been used in ayurvedic medicine.

There is nothing in the literature to suggest that these beans can assist in the treatment of benign essential tremor syndrome, but only Parkinson's which is dopamine mediated. However, a substantial proportion of patients with an essential tremor eventually develop full blown Parkinson's disease.

Fava beans for the benign essential tremor syndrome may not be to everyone's liking, little grey ticks but we have two ways to get round this visual abhorrence. Firstly only enjoy them young and freshly picked, and secondly slice up the young fruit, pod and all, and you won't be visualising the little blood suckers.

The pods of young fava beans have even more L-dopa than the beans.

If you have a tremor syndrome, and abhor pills, then you should really have the favas - we call them broad beans - twice a day. Half a cup of the sliced very young fruit for breakfast and dinner; and if you don't like them, think of it as medicine, which it is; never tastes good, but this medication you will enjoy if you can find, or better still grow, a source of young pods.