The solo chiropractic practice is the norm in many areas; I have often contemplated the rationale behind it. There are so many good reasons to form multi doctor clinics.

Personally, I have experienced both; despite the conflict that sometimes arises, I have no doubt which is more desirable.

It is complex, but I suspect it goes back to the very roots of our profession. In the early days, in my case only 34 years ago, we often worked without a license, in conflict with both medicine and the statutory bodies. In South Africa we were called ghosts; now you see me, then you don't. In short, keep a low profile or get arrested.

It took a quite different personality in those days; one that was not afraid to paddle upstream. Deciding to become a medical doctor was an upright, very normal thing to do. But going into training as a DC raised eyebrows and often brought outright condemnation.

A personality that often found it difficult to work with others, even if it was for the common good; the result is many single doctors working alone.

There were few adjustors of the spine on the ground so, whilst amazingly supported by their patients, the majority of people had little idea of what we actually did.

Sometimes that obloquy was from right wing religious organisations who viewed anything alternate as having its roots in something eastern and thus sinister and demonic; everything medical was kosher and of God. Of course they'd never heard of Aesclepius. That snake climbing a stick has nothing to with Moses and a bronze serpent in the desert. 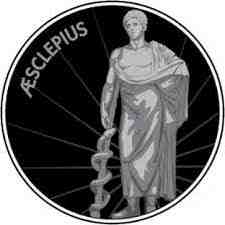 A single doctor practice can enjoy few holidays of more than a long weekend at a time; certainly the three week vacation advised by psychologists is all but impossible. That results in stressed and over worked chiropractors, unable to get soul rest.

Dr Bernard Preston tells in his book Frog in my Throat how he very nearly succumbed to a burnout, but was completely refreshed after an enforced, by his wife, four week holiday. Having learnt his lesson he's still in practice some twenty years later. A significant number of doctors fall by the wayside; it would be interesting to research how many of them were in solo chiropractic practice.

In addition, the costs associated with a solo chiropractic practice are significantly higher. One secretary can easily cope with two or even three doctors. Unable to divide the rent, and many other expenses between several practitioners means he has to work longer hours just to make ends meet.

A group of chiropractors working together can afford more sophisticated equipment too. They may be able to share the cost of an x-ray or scanner, a Doppler unit and computerised office software.

Each chiropractor does things slightly differently; that's a strength. It means that when a patient is not progressing as expected, referral to a partner is a normal procedure; he or she is not lost to the practice.

Three doctors working in a clinic designed for two is a novel idea; one is always on leave. That is perfect for those approaching retirement; four months holiday every year with a colleague caring for your patients sounds pretty good, eh!