Innovative chiropractor Dr Clay Thompson tells how a chance discovery led him to develop the modern adjusting table. His first chiropractic table after graduation was an embarrassment to him. It was old and very rickety, creaked and groaned every time he gave a sacroiliac joint treatment.

So, once he had saved a few cents he built a new and very sturdy Chiropractic adjusting table. Being formerly an agricultural engineer he was  handy at such things and obviously in retrospect an inventive man.

There was only one problem with his brand spanking new table. His patients didn't like it, they didn't seem to respond as well as to Old Red and he found he had to use a lot more brute force and ignorance to adjust the lumbar spine and pelvis.

So he brought back Old Red. What was the difference? Eventually he realised that at the moment of his thrust, Old Red "gave" just a little. And so the Thompson drop table came into being. 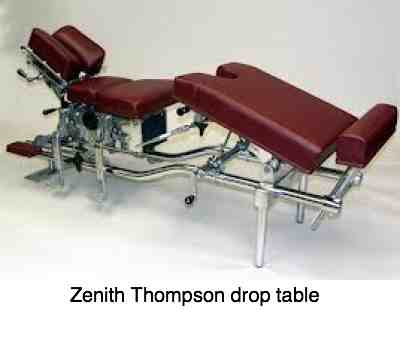 
The pelvic bench, developed apparently by Dr Clarence Gonstead is a magnificent, eminently simple, sacroiliac joint adjusting table, but ... some chiropractors are very slow to figure things out. I'm confess I'm one of them, especially as I knew about Clay Thompson and Old Red. 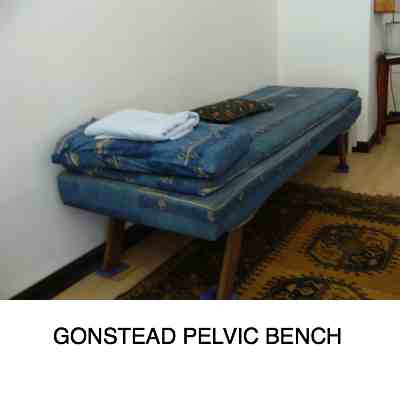 For a quarter of a century I've used my old faithful pelvic bench for adjusting the pelvis and lumbar spine. Then I went to the Netherlands for a stretch, published two Chiropractic books of anecdotes*, used two pelvic benches there, uncertain why one was like my old faithful, the other difficult for some reason. I just couldn't easily get releases and soon stopped using it.

When I returned to my native South Africa, for semi-retirement, I turned an old garage into an adjusting room. The concrete floor didn't look that great, my ancient Volvo 122S had an oil leak,  so I spent a weekend on hands and knees laying a wood laminate floor. Like all chiropractors I enjoy using my hands... 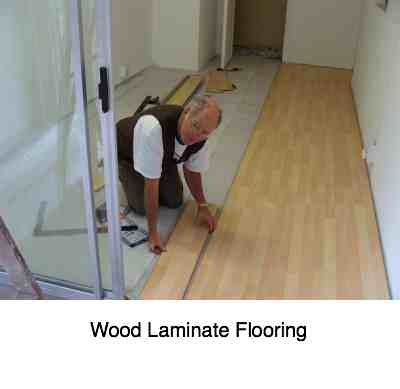 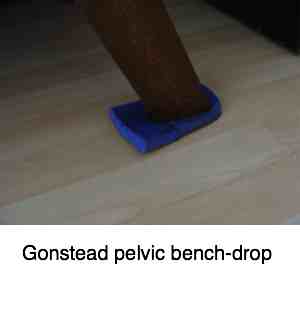 But some reason adjusting patients on "Old Blue" had changed. I couldn't easily get releases without resorting to more force than I am comfortable using. For two years I wondered why and stopped using Old Blue? The same pelvic bench, the same sacroiliac joint anatomy, the same 'ole hands... but something was different.

Eventually the penny dropped, after more than two whole years, I confess. In my previous clinic, old faithful stood on a sprung wooden floor. Here, under that wood laminate is solid concrete. It doesn't give at all.

The solution? A derelict pair of slip slops from which the thongs had perished.

I really should have worked this out sooner as I knew that it's the principle that the great innovative chiropractor Clay Thompson used to develop the modern chiropractic adjusting table.

But anyway, all's well that ends well. Old Blue is back in vogue. Both my patients and I are happier.

Do you also need a pair of smelly old slip-slops in your clinic, doc?

The sacroiliac joint, particularly in the older patient, does not always lend itself to the side posture adjustment.

The patient with an arthritic hip, or who has a full hip replacement, is very prone to stubborn sacroiliac hip fixations. In fact in my opinion, some hip replacements are accused of failing, when in fact all that needs to be done is an effective and safe sacroiliac joint adjustment.

This can be relatively easily done using the pelvic drop table, whether prone or in the side posture.

Pelvic drop table principle can be used to improve a pelvic bench.