Now is the time

Now is the time to talk about that great certainty of life; because when you are on your last legs it is often too late.

It is a sad fact, but there are a whole string of unscrupulous people just waiting to raid your piggy bank and, when you are dying they know you are very vulnerable; and so you are.

That might be some small time gangster waiting at the ATM for you to draw your pension, but I am talking about much bigger sharks.

Firstly, the obvious is your will; it is astonishing how many folk die intestate creating huge difficulties for those whom you leave behind. There are umpteen lawyers who will be sniffing at your hard earned cash if your have not left a water tight document making it perfectly clear where your legacy should be left.

It is tragic to see how children can be torn asunder, who lived in harmony until your death, squabbling over your estate. It happens all the time, and the rift is sometimes never healed. Get a professionally drawn up will; do it now. Death lurks and should you pass away suddenly, long before your time, lack of a proper document can divide your family, turning sister against brother, against sister and even your surviving spouse.

And please do not make one of your children the executor; I know of at least one case of a dear friend whose brother made off with her parents' millions; he was a clever accountant. Pay your trusted lawyer his due to settle your affairs amicably.

And now the real thrust of this newsletter; now is the time to settle how you are going to die, insofar as you are able.

Many years ago I had a wonderful partner, an excellent chiropractor, but he had no sense of healthy living; processed meats on white bread, smeared with margarine, was his standard fare every lunch time. We ate together.

The inevitable happened; first the tumour started in his colon. Despite extensive medical treatment it eventually metastasized. Further radiation damaged his bladder so badly that he had to pee every fifteen minutes, day and night.

Well, shit happens, you say, and so it does; that could happen to you and me. But now comes the interesting part. The healthy spouse is under enormous pressure; suddenly they are faced with all the trauma of a funeral, living alone, and often significant financial pressures.

In walks the highwayman in a white coat; Mrs P, says he, we must give this one last shot. I think we can save him with an operation to remove the cancerous part of the colon.

My colleague was a shadow of his former burly self; clearly he was on his last legs. It was a matter of days or weeks before his death, his medical insurance exhausted. Said surgeon put enormous pressure on his wife to agree to the final surgery. How could she possibly withhold a few paltry rands to save his life?

My colleague died within the week, despite the surgery, or perhaps because of it, but leaving an enormous medical bill that his poor widow was quite unable to pay; she was destitute. 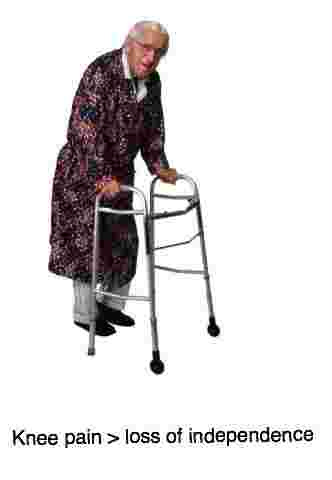 I am now on my 72nd orbit of the sun; how many more will there be? None of us know. In South Africa our greatest fear is the roads; we have the worst traffic statistics in the whole world. And I have to say those in the United States are not great either. So we stay off the highways at peak periods and when the weather is poor. So too we exercise and eat our organic greens for the colon, tomato for my prostate and fatty fish for our brains.

But the inevitable will happen sooner or later. Already we are discussing what the other should do in certain circumstances. Those are personal and private and each of us has our own feelings on the subject.

The reason for this newsletter was this week I attended another funeral of a wonderful colleague whose piggy bank was again raided in his final days. When it was apparent to all and sundry that he was dying, his wife was talked into agreeing to an operation. He never regained consciousness, again leaving a huge surgical bill to be paid.

Now is the time to draw up a living will making it clear to our spouses, our doctors and our executor precisely what our desires are for our final hours, not that we know when that will be. But we should definitely not leave our very vulnerable spouses to make the decision; through manipulation by guilt they are plum targets for the highwaymen.